Morocco World News
Home Highlights on Morocco Eid El Fitr in Morocco will be on Friday: Ministry of Religious... 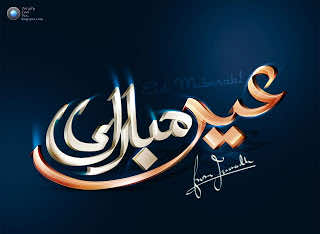 According to the calculation made by the Moroccan Ministry of Religious Affairs, Morocco will celebrate the holiday of Eid El Fitr , which marks the end of Ramadan, on Friday August 9, 2013.

Most Muslims countries such as Saudi Arabia, Qatar, the United Arab Emirates, Kuwait and Egypt, announced earlier on Wednesday that they will celebrate Eid El Fitr on Thursday.

Unlike in previous years, Morocco started this year’s Ramadan the same as most Arab and Muslim countries, on July 10, 2013.

The calculations of the Islamic calendar are based on the lunar calendar, which causes the Islamic months to move in the Gregorian calendar approximately 11 days every year.

The beginning of Islamic months may also vary from one country to another depending on whether the moon has been sighted or not.

On this occasion, Morocco World News and its staff, wish a happy and blessed Eid to Moroccans and Muslims worldwide.