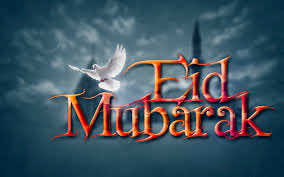 Several Arab and Muslim countries have announced that Thursday will be Eid al-Fitr, marking the end of the holy month of Ramadan.

Saudi Arabia said the new crescent of the month of Shawal was witnessed in several parts of the kingdom. Shawal follows Ramadan in the Muslim calendar.

“Upon testimonies of a number of adult witnesses who confirmed to have seen the new moon of Shawal after sunset this evening, the Supreme Court of the Kingdom of Saudi Arabia announced, following an extraordinary session to consider whether there are reports on sighting the new moon of Shawal, that tomorrow Thursday is blessed Eid Al-Fitr 1434 H.,” the Royal Court said in a statement carried by the state news agency.

Oman announced that Shawwal crescent has not been sighted and Eid Al Fitr will be marked on Friday.