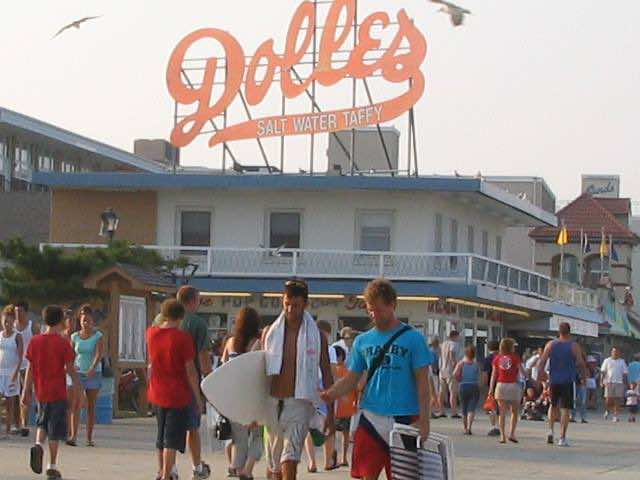 We (Moroccan teacher colleagues) were retained at the customs office at J.F. Kennedy airport in New York too much for the routine screening operations and luggage checking so our plane to Newark was no longer there by the time we got through. We instead decided to hire someone to drive us to our destination.

A colleague volunteered and started negotiating the price with a Moroccan immigrant taxi driver he met outside the terminal quite by chance. We were all set to start our trip and hit the road to Newark. Fortunately, in the course of discussion with the driver, I came to realize that he was talking about Newark, New Jersey while what we had in mind was Newark, Delaware. For a reason or other the man was not ready to drive us as far as Delaware State. Besides, we were too many for just one car. As time went by, we managed to meet two Asian young men most probably from Pakistan or India; they had SUV’s and were ready to take us all the way to Newark, Delaware.

It was way beyond 11:30 pm America’s eastern seaboard time and we wanted to make it to Delaware as early as we could. The price then did not matter very much, but all the same, we eventually managed to get us a good bargain. When we got to Newark, we were so exhausted because, on the one hand, it was rather late at night and on the other, because of jetlag we underwent. Before I set off on this educational journey to the University of Delaware, I had informed my earlier host family in Indiana of my pending visit to the State of Delaware. It was a Saturday when I woke up for the first time in Delaware State, I had a quick breakfast then went out of the hotel to get a glimpse of the new State I was about to explore.

After having taken a stroll for a short while, I had the most pleasant surprise in my life; my Indiana hosts were driving by in a SUV. I waved to them and they waved back; what a great and marvelous coincidence! I later discovered they were staying, quite by chance, at the same hotel as I was. It was morning, so my hosts decided we could benefit to the maximum from the day ahead. Thus, we set off on a trip to Rehoboth. It is a wonderful beach resort, one of the voted ten best beaches in the US, I was told. The journey to Rehoboth was great and the place and the food were fantastic. The feeling of experiencing the other side of the Atlantic for me as a Moroccan was awesome and quite unforgettable. The name of the sea resort however retained my attention as it seemed (at least to an outsider as myself) a bit strange.

Later, I learned that the appellation is a biblical term that literally translates into “wide places.” I thought more about it finally managed to relate it to the Arabic word Rahaba also meaning wide, the plural of which would be Rihab meaning open and wide spaces. Rehoboth then started to make more sense to me. I gratefully spent some nice moments with my Indiana host family before we got back together to Newark. Much later, I had another chance to visit Rehoboth but this time round with Moroccan colleagues.

On the pavement that lounged the sea front visitors could watch great numbers of voracious sea gulls flying by and impatiently waiting to be fed by passersby. In that same area, I happened to accidently witness a “congregation” of young men in black suits one of whom was disguised as a conventional devil figure; he most likely was the group leader. I may be wrong but my best guess was that they were some sort of occult group. Followers of all heavenly revealed religions agree that the Devil or Satan is the chief evil spirit and the biggest adversary of humans. I was then left wondering how come Rehoboth;” the wide places with no quarrels”, come to have such a provocative “apparition.”

Before I wind up this piece, let us remind ourselves that that was just one instance of the multi- faceted US where individual freedoms are almost limitless. As long as you are not a threat to public safety or to that of the country  you can be any saint you want or any devil you deem yourself to be.