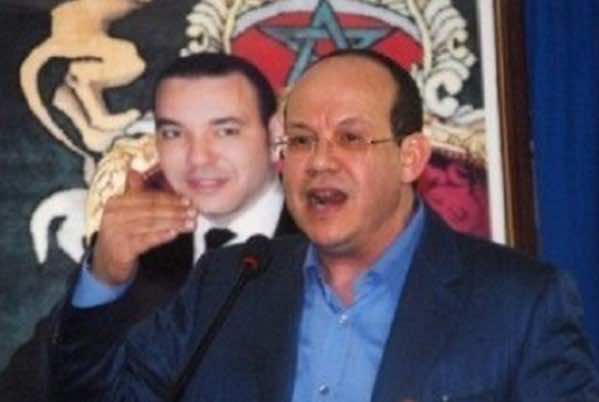 In a recent statement he sent to the MAP, the Spanish ambassador to Rabat, Mr. Alberto Navarro, dismissed a piece of news published earlier this by various news outlets, which claimed that Mr. Fouad Ali El Hima had held a phone conversation with Mr. Navarro at the behest of King Mohammed VI concerning Daniel Galvan and other Spanish convicts. “There was no such a thing as a phone call with the royal adviser, Mr. Fouad Ali El Hima,” stated Mr. Navarro.

The Spanish ambassador to Rabat also affirmed that “the Spanish Embassy sustains its phone calls at the level of all administrative administration in Morocco, particularly when it is comes to improving and facilitating judicial and security collaboration,” he added. Mr. Navarro also highlighted the efficiency of the Moroccan-Spanish complementary efforts invested in Daniel Galvan’s controversial affair, and emphasized how this collaboration resulted in the arrest of the pedophile criminal 4 days after he was granted royal pardon.

“Daniel Galvan was arrested last Monday in Spanish city Murcia, a few minutes after Spanish authorities received via Interpol an arrest warrant issued by the court of Kenitra,” explained the Spanish Ambassador. “This only reflects the efficiency of Moroccan-Spanish collaborative efforts in the judicial and criminal fields. Since his arrest, Daniel Galvan now remains at Soto Del Real prison, and I think that this is what all Moroccan and Spanish were hoping for,” added Mr. Navarro.

News outlet Lakome was be the first website to have published the controversial news claiming that Fouad Ali El Hima was the man behind the royal pardon. Lakome supported its claim stating that Ali El Hima called Spanish Ambassador last July 22, two days after the Spanish King’s visit to Morocco, to disapprove of the fact that the Spanish monarch asked the Head of the government Mr. Benkirane to grant royal pardon to one of the Spanish convicts instead of addressing his request to King Mohammed VI.

According to the same source, El Hima asked Spanish ambassador to send the files of the Spanish convicts expected to be accorded royal amnesty to the royal cabinet rather than to the Head of the government. Lakome explained that this is the reason why the Spanish ministry of exterior sent the files of numerous Spanish prisoners to the royal cabinet- including that of the pedophile criminal Daniel Galvan, requesting that they be accorded royal amnesty or extradited to Spain to finish the remainder of their prison sentences there.