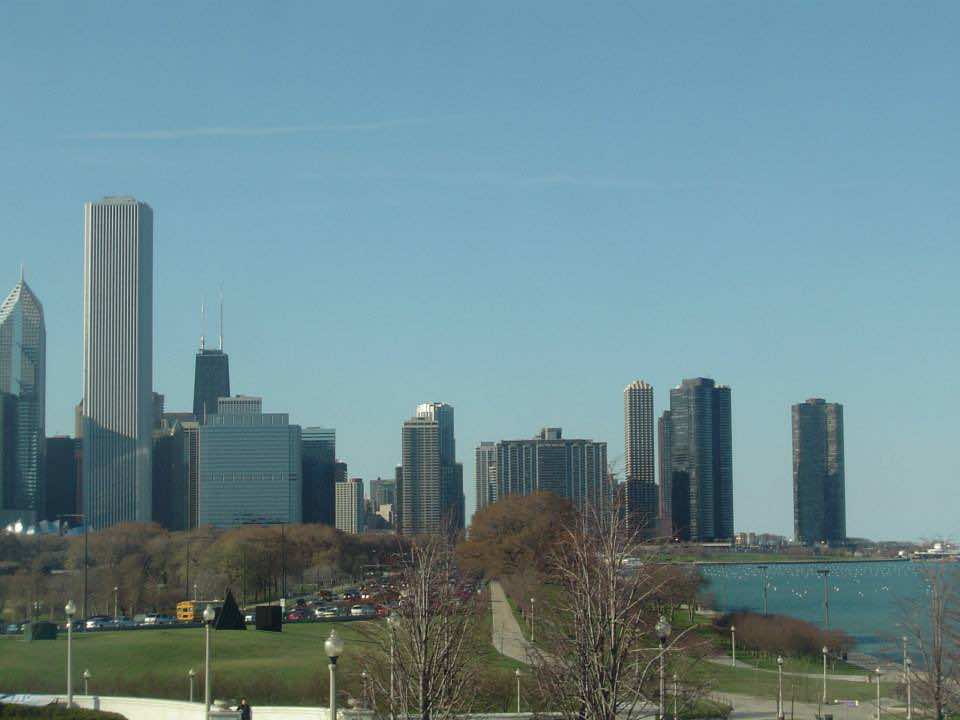 Why relate simple anecdotes from an architectural giant that has been described as the ‘city of big shoulders’? Well, to be fair I would say that when visiting Chicago I was not interested in aspects of its power; financial, political or otherwise. My area of interest was limited to visiting the city in general and its museums in particular.

It was just a few days before Easter and my host, his wife and I were driving through the city looking for what seemed a needle in a hay stack. We were, in fact, looking for a certain Lithuanian bakery to get Lithuanian bread and cakes for Easter. This allowed us to drive around for a long time and consequently allowed me to see quite a bit of the city. I have to admit that the internet has taken away from me that first discovery feeling and replaced it by a certain ‘déjà vu’ impression. Despite that, there were certain little things one ought to experience by oneself and not always through the eyes of others.

It is strange that in visiting Chicago, I paid more attention to publicity and names of stores and businesses more than anything else. Of all Chicago we managed to cover, two signs of businesses retained my attention. I will tell you about them and you can draw your own conclusions afterwards. I took notice of the first sign while we were heading towards downtown Chicago, coming from the O’Hare airport area. It was an optician’s sign. It was nothing like Dr Eckleburg’s eyes as depicted in The Great Gatsby. This sign featured a short sighted red Indian wearing eye-glasses and above the man, a neon caption said ‘Now eye can see!’.

The second sign which equally retained my attention was in an area whose name I can’t recall. It looked as one of established Hispanic immigrants. The publicity sign this time round was that of a shoe store. The sign at the entrance read ‘Athlete’s foot’. The connotation was by no means positive! In Morocco, I happened to have taught at a high school called ‘Lycee Des Athletes’, a special school for potential future athletes. That might have been reason enough to draw my attention to that particular sign in the first place. Later on, reflecting on the intent of the two signs and the success or failure in transmitting it, I decided they were interesting cases to report, perhaps some readers would appreciate the attempt.