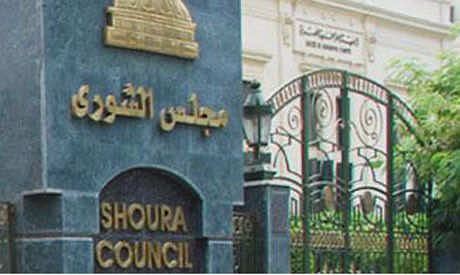 Members from Egypt’s dissolved Shura Council urged the UN Security Council to hold an emergency session to address an deadly attack said to have targeted a rocket launcher run by Jihadists in the North Sinai city of Rafah.

Jihadist group Ansar Beit al-Maqdis in Sinai accused Israel of being behind the deadly Friday strike and confirmed that four members have been killed in the attack.

However, an Egyptian military spokesman denied the claims and dismissed reports on alleged coordination between Egypt and Israel about the attack as “baseless, insane and illogical”.

In a statement, the former lawmakers urged the UN Security Council to address “this attack on Egypt’s sovereignty in the absence of a good governance of Egypt as soon as possible.”

The appeal came following a meeting of the dissolved body’s national security committee in Rabaa al-Adawiya Square, where thousands of supporters of ousted president Mohamed Morsi have been camping out for weeks.

The lawmakers cited what it said “local and foreign media reports that there was a full coordination between the administration of the military coup and the Zionist body”.

The statement blamed the military for being occupied with politics rather than assuming their task in protecting the country’s sovereignty. There was no immediate comment from the Egyptian authorities on the claims.

Many members of the dissolved Islamist-dominated Shura Council [the upper house of Egypt’s parliament] joined the ongoing sit-in held by thousands of pro-Morsi backers since his removal from power by the military last month.

They are demanding the reinstatement of the ousted leader, the dissolved Shura Council and the suspended constitution, along with prosecution of those responsible for killing protesters in the wake of Morsi’s overthrow.