Agadir, Morocco- This is one of those articles you start with a deep sigh, one that results from an overload of emotions, a whirlpool of thoughts. 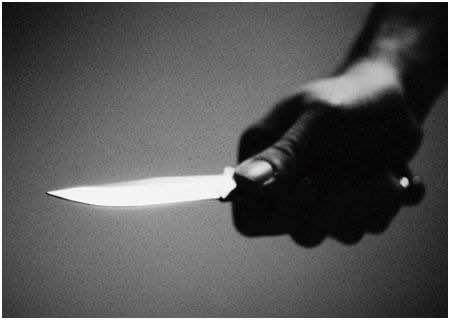 Agadir, Morocco- This is one of those articles you start with a deep sigh, one that results from an overload of emotions, a whirlpool of thoughts.

I came back to Morocco about three months ago, after I spent a little over a decade in Canada, where I studied, worked, experienced life with its ups and downs, and learned. Coming back home was a relief, being with the parents, shielded again, enjoying the little things, like the sun, the feel of sand on my feet, and a little afternoon coffee with my grandmother.

I had many moments of dissatisfaction with many aspects of the Moroccan culture, some of which I had always been aware, and some that I got to see due to the reverse cultural shock. I wasn’t happy with the legal system when trying to issue a new ID card, the way one has to literally suck up to a man or a woman at the municipality to get things done with the least back and forth possible, the coldness of the offices and treatment, as though one is waiting for welfare stamps. I wasn’t happy with the rudeness of some taxi drivers when I didn’t have change. I wasn’t happy with the Moroccan TV programs; I found them to be denigrating to the viewer’s intelligence, sense of humor, sense of decency, and like this wasn’t enough, we are showered with very frequent TV ads, lasting a minute each, aired so frequently, to the point of making one memorize the ad song by heart. The list goes on.

But as I am a glass-half-full type of person, I chose to look at the bright side, to enjoy the Iftar meal with my family and go upstairs to watch National Geographic, or any other interesting foreign channel. I kept on finding ways to be happy about being back home, in little things like artisanal sandals, freshly made Moroccan pancakes, and the pristine beach waters. This image my optimistic mind chose to focus on was all shuttered two weeks ago. on July 24th at 10:35am,  I was coming back home from the bank, and as I was trying to open the house door, I felt someone touch me from the back. Annoyed, I turned asking the “person” not to touch me, as I assumed it was someone asking for charity, but as I turned, I realized he already placed a knife on the side of my stomach; he was wearing a helmet. I later discovered that he left  his motorcycle engine on, a few meters away from my door.

Everything slowed down for a second. It felt like those movies where they pause a scene, and  play a bunch of slow-motion shots, and possible scenarios assumably thought of by the victim.

In less than two seconds, before he decided to speak, I had 5 questions cross my mind, “is this my cousin? no my cousin doesn’t have a motorcycle, is this the neighborhood watchman, no he wouldn’t dare touch me, is this….?” He talked, and I realized it was a thief.

He threatened in the most disgusting language that he would cut me open if I moved, and repeated it 5 times even though I didn’t resist, I handed my phone, he took my other phone, and pulled my handbag about 4 times until it tore up over my neck, and escaped.

I was tempted to fight for a second, to swiftly grab his wrist  and kick his crotch, but with a clickable knife on my stomach I figured it was too risky. I told him he could take everything and leave, and so he did.

I then pressed the intercom, screamed to mom that I just got mugged. She came out running. I could feel her own heart almost dropped. She frantically ran outside in the street but he’d already gone. I was pained to see her senselessly walk around, unarmed, yet trying to avenge me.

My mother then asked me to go upstairs put on a Jallaba (Moroccan traditional dress, with a hoodie) before we could go file a report at the police station. I was wearing loose pants, and a loose sweater and my nice leather handbag, that’s now history, worn across my chest.

You may wonder why my mother asked me to wear a Jallaba over my clothes? Well, sadly in Morocco, when a woman goes to report a theft, rape or any attack, she often is judged herself,  assuming and expressing that her clothes or expensive looking belongings were her fault. And yes, that is exactly what happened the next day, as I went back to the police station to report having seen my iPhone with its case being sold on a local online website. I was wearing jeans, t-shirt, a cap, and Vibram fingershoes. One of the police officers told me not to wear clothes that give a sign that I came from Canada, and that I looked like a tourist, and the others agreed. I said thanks.

I was also told, by others that I shouldn’t have walked home coming back from the bank that morning (although home is 5 minutes away from the bank), they told me “It’s your fault, you should have taken a taxi.” When I told my Canadian friend about it, he said, “That’s awful, you shouldn’t be scheming a plan to get out of the bank safely while going on your daily errands.”  When one says it’s your fault, after you got mugged, you feel rage for being wronged twice, once for being mugged by an evil person, and once for the lack of sympathy and taking the blame.

Another thing I learned from this experience is that the psychological trauma is not acknowledged by most people. It is belittled and considered a spoiled mentality. A lot of people told me I should be grateful I didn’t get cut or stabbed. Yes I am grateful that I didn’t get stabbed, but this shouldn’t stop me from being worked up inside and dealing with the emotional shock. The judgement on me voicing my emotional and psychological trauma is even harsher because I came from Canada, and so anything I say is considered bragging and being picky.

One day, as I was trying on some clothes in a store, I discovered that the tank top had a defect, the store owner swapped it, and then he said don’t worry that one is already sold as is! And then he added: “Moroccans are okay with that, you people coming from abroad are picky and like to wear perfect things!”. I said “I’m Moroccan too, sir. And it is not OK to sell defective material to anybody, Moroccans locally or coming from abroad!”. I wonder what he would have had to say about the defects if he didn’t figure I had lived abroad (He did when he heard me say ” tank top,” and use words like “Okay”).

Even a doctor who is supposed to be ethical more than most people, asked about my medical history and I told him it was in Canada, and then he said “now you’re in Morocco, forget Canada!” Oh  wow.

It is just mind-boggling how much so many people love the last word, just want to be a philosopher, impose opinions that are based on bogus, and comment on everything.

Everyone tells me that the best way to “blend in” and avoid those who always have something to say, and want to have the last word, is to ignore what’s said. Ignore the guy who annoys me on the street although I’m dressing very decently; ignore the taxi driver who bullied me after I refused to ride in the front; ignore the person who said it was my fault I got mugged. Basically, never speak up and I would be happy. But I can’t wrap my mind around this. I am against the famous “Well, what can you do?” This silences everyone with ambition, or the intention to make a change.

After the unfortunate incident being mugged on the holy Ramadan, I started hearing theft stories left and right. Many of my relatives and friends have already been mugged. I figured that the ones who drive and minimize walking have less chances of being aggressed as there is nobody watching them, from a very long distance, while they’re going on about their day, completely oblivious to being a prey.

A few weeks before I got mugged, I was trying to figure out a way to launch a service that women could call if they feel they’re being followed by someone with evil intentions. I decided to do so the day I went for a 21k run (Btw- I am a long distance runner, I don’t wear jogging colorful clothes, I wear dark clothes, a head cap and a cotton sweater with a hoodie over it- to give you a vivid picture) and ended up running 5k only after a bum noticed me and decided to run after me. Luckily, I ran much faster and sprinted, but he kept on running for no less than 3 minutes, and I stopped at a busy place, where he couldn’t dare to touch me.

I then got informed and found out that there is no security service or police line to call in case of such incidents. It was possibly too much to expect but for over a decade, I knew I could call 911 even if I felt I was followed and talked to by a suspicious person. And I realized after asking people, and suggesting my idea to launch such service. Sadly, I didn’t get any encouraging feedback, and was told that in Morocco, “You’re on your own. Pray God to be safe before you step out of the house, don’t wear expensive clothes, don’t take out your expensive phone in public, don’t put anything of big value in the handbag; as a matter of fact, wear two bags, one for the show and a smaller one inside the clothes, put money inside your bra,  and come home as early as possible (although that doesn’t mean anything, as I myself got mugged at 10:35AM).” and the advice list goes on.

I don’t want to make this piece too tedious for you to finish. But If you already made it here, I would like to conclude with an invitation to raise awareness on the lack of safety in Morocco. We need more police on the streets, and residential neighborhoods, and not just downtowns and the marinas where tourists can be safer.

I will start posting on Twitter under this hashtag #MakeMoroccoSafe. MWN takes this matter to heart and is willing to help the cause. And I will be beyond delighted to see you contribute, with advice, articles, or any help getting more security in our beautiful, yet dangerous country.

Miss Assya B. Moussaid obtained her BA in Human Relations, from Concordia university with a minor in Human resources management. She has a Diploma in advertising & marketing from the International Academy of design. You can Follow her on Twitter @kickassia