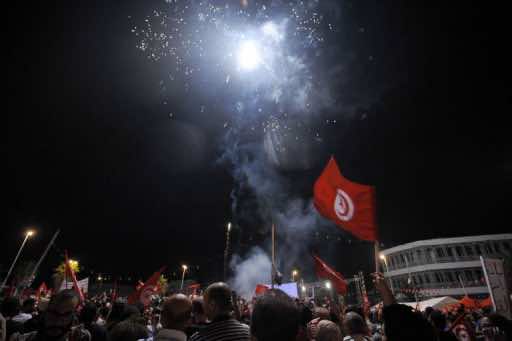 The ruling Islamist party Ennahda called for rallies on Tuesday to mark Tunisian women’s day, deepening the crisis with the opposition which has also called for anti-government protests.

In a statement published Monday Ennahda urged its supporters to gather from 1500 GMT on Habib Bourguiba avenue, epicentre of the 2011 Arab Spring born in Tunisia.

It said the rally would be held under the slogan: “Tunisia’s women, pillars of the democratic transition and national unity” in the North African country mired in crisis sparked by the murder in July of an opposition politician.

The slogan reflects the position of the Islamists who insist that “transitional institutions” be kept in place in the absence of a consensus on the country’s new constitution.

Last week National Constituent Assembly chief Mustapha Ben Jaafar announced the suspension of the assembly’s work drawing up a new constitution while Ennahda and the opposition work out their differences.

Critics of the government are calling for demonstrations on Tuesday night to defend women’s rights followed by a march outside parliament, where the opposition has held nightly demonstrations since the July 25 assassination of opposition MP Mohamed Brahmi.

Brahmi’s was the second political assassination this year, coming after the February murder of Chokri Belaid, also in Tunis. Radical Salafists have been blamed for the attacks.

The opposition coalition, made up of parties from across the political spectrum, has been calling for resignation of the government and the dissolution of the assembly.

The opposition hopes for a huge turnout on Tuesday, similar to an August 6 protest that drew tens of thousands of people demonstrating against the government.

Tuesday marks the anniversary of the promulgation of the Personal Status Code on August 13, 1956, which gave Tunisian women  unequalled rights in the Arab world at the time.

Tunisia’s ruling Islamists have regularly been accused of trying to undermine these rights.

Ennahda’s critics have blamed the Islamists for the rise of the ultra-conservative Salafist movement in the country since January 2011, whose violent actions are a threat to stability in the country.

As the political crisis rolls on, the head of Ennahda Rached Ghannouchi was due to meet the Houcine Abassi, chief of the powerful UGTT unions organisation.

The UGTT, which has some 500,000 members and can paralyse the country with strike action, has also called for the resignation of the government and its replacement by a cabinet of technocrats.

Islamists have rejected their demands, and proposed a government including representatives of all political parties.