Morocco World News
Home Highlights on Morocco Moroccan Protests and Social Media Movements in the Aftermath of a national... 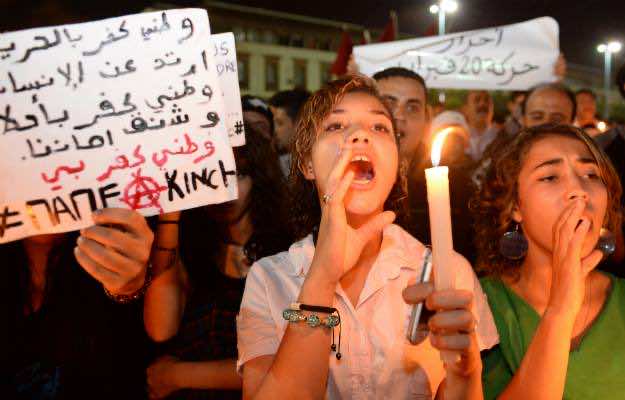 In light of the recent government scandals, Moroccan citizens are demanding a more direct and transparent dialogue with the government—Moroccans, in this instance, have chosen to air their grievances via mass protests and social media storms.

Last week, to celebrate the day of the Throne, King Mohammed VI pardoned 48 Spanish prisoners as a show of goodwill to his contemporary King Juan Carlos I of Spain. Among those pardoned was Daniel Galvan Vina, a convicted child rapist who was serving his sentence of 30 years in Morocco.  Rightfully angered, thousands of Moroccans took to the streets protesting the pardon itself, the growing sexual tourism industry living in the shadows of Moroccan society, child abuse, and, finally, the government and judiciary system that would allow such plagues to society to perpetuate.

The state’s initial response to these protests was through suppression of the protests, and, in some cases, police violence. However, the government’s seeming lack of allegiance with the sentiments of the protesters only proved to spark further protests across the country and a stronger message for atonement on the side of the government. 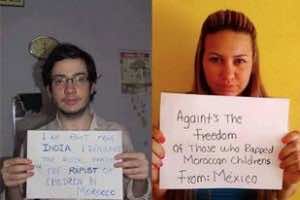 Alongside the street demonstrations were social media campaigns across the globe siding with the Moroccan public.  Facebook, YouTube, Twitter, and other popular sites kept Moroccans aware of the growing dissent across the nation, and sparked a worldwide campaign of social media users showing their support to the Moroccan people. Many claim that social media sites exposed them to their realities of the scandal in Morocco that traditional media was not covering comprehensively.

Although the King eventually intervened and revoked Galvan Vina’s pardon, and apologized to the victim’s families for the misunderstanding, there remains a major hole in the sequence of events surrounding the scandal: the government has yet to acknowledge the protesters’ demands for reform of the system that caused the initial mishap.

The looming question at hand is whether or not the protesters will relent, as this is an unprecedented wave of protests and social media movements surrounding a generally sensitive topic: the system that allows minimal checks on the king’s power. For now, the dust does not seem to have settled, and protests continue with the king and the government under harsh public scrutiny.  A popular Moroccan blogger stated: “Civil society needs to keep up the pressure and come forward with concrete proposals;” with the aim of citizen demands becoming priority in the national discourse, and the exclusion of vague reforms to appease dissent.

It seems as though many Moroccans have caught social media fever and are using the power of it to disseminate information not found in traditional media and foster mobilization on the streets.  These protests are more than just a blip in the Moroccan Facebook timeline, they represent civil society emerging from behind their computers to engage in a public debate with the government and the king.