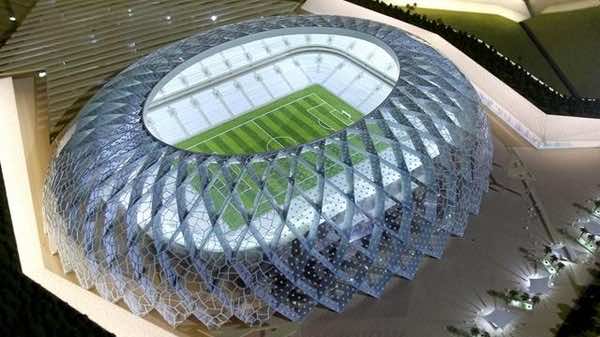 The dominant five soccer leagues in Europe object to the moving of the 2022 World Cup in Qatar from summer to winter, Arabian Business reported on Monday.

This comes days after the chairman of the Football Association in England, Greg Dyke, said hosting the tournament in summer would be “impossible” due to the heat.

The heads of the leagues in England Spain, Germany, France and Italy are reportedly supporting a letter from the European Professional Football Leagues to Sepp Blatter, president of the ruling body FIFA, protesting against moving the 2022 World Cup to winter.

FIFA could “choose the venue of a World Cup but not alter the timing of the tournament without the consent of the leagues due to the complex logistics of the global football calendar,” the EPFL told Blatter, the Daily Mail reported.

Blatter earlier this month reiterated his concerns over a summer World Cup in Qatar, saying it should be moved to winter, with the FIFA executive committee meeting to discuss the issue in October.

“Even if all the stadia are air-conditioned, I think it will be impossible for the fans,” said Dyke, who visited Qatar in June.

“My position, and I suspect the FA’s position, will be: ‘You can’t play it in the summer’,” he added,

“FIFA have therefore got two choices. They can move it either time-wise or to another location. I suspect either will end up in some sort of litigation.”

Richard Scudamore, Premier League chief executive, said in July that if the World Cup in Qatar cannot be held in the summer, it should be moved to another country.

The Qatar 2022 Supreme Committee told BBC Sport: “We are ready to host in summer or winter. We have always maintained that this issue requires the agreement of the international football community. A decision to alter the dates of the 2022 FIFA World Cup would not affect our infrastructure planning.”