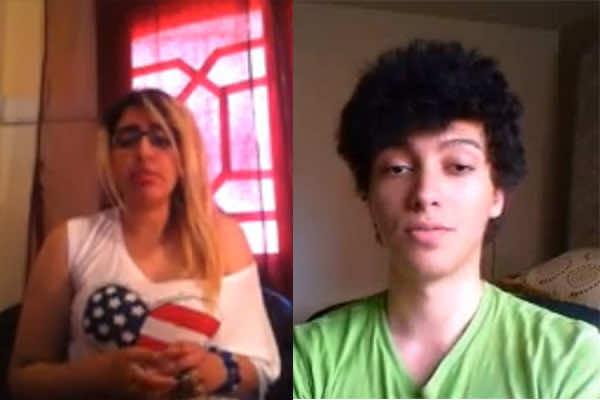 Almost anyone has a dream to go to space. However, no matter how much time one spends in space, one is very likely to become “Earth sick” and wish to return to the blue planet.

The two Moroccans, Rajaa Aloiza and Karim El Tahiri, share the same dream to go to space, but the venture they have decided to embark on intends to to send them to space without return.

Both Moroccans have decided to apply for Mars One, a project developed by a non-profit organization that seeks to establish a permanent human colony on Mars by 2023. The people who will be sent there will have to adapt to a novel, never-experienced lifestyle.

For Rajaa Aloiza, a 21-year old girl from Marrakech, who holds a bachelor’s degree in law, going to space and becoming an astronaut has been a dream she passionately sustained since her childhood.

“I would do anything it takes to make this come true,” she stated on an video she posted on her Mars One’s personal profile.

For Karim El Tahiri, a 19-year old Moroccan who lives in Canada where attends an academic health program, going to space has been a childhood dream too. Karim is also for the idea of “finding new homes on new planets.”

Both Rajaa and Karim have eager hopes to be selected among the future astronauts to be sent to the red planet. They are two Moroccans among 100.000 other candidates who seem to share the same dream.

While the project sounds too fantastic to be true, the project planners appear to have studied the slightest detail about it, from how to manufacture water on Mars without depending on Earth, to how to deal with dangerous space radiations that may result in cancer.

The astronauts are also expected to go through eight-year training in a secret location on Earth. They will learn how to fix habitat structures, grow vegetables in limited spaces and be able to deal with both customary and serious medical issues.