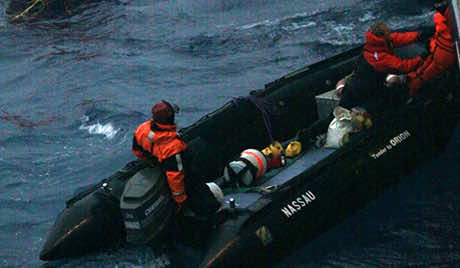 Dozens of children were among a group of 163 immigrants rescued off the Italian coast on Tuesday, sparking immediate calls from local officials for emergency funds to help for their care.

The immigrants, mostly from Egypt and Syria, were spotted by the Italian coastguard as they headed towards Sicily on a 27-metre-long boat.

Police involved in towing the boat to safety said they were taken to Portopalo di Capo Passera, near the city of Syracuse. The group included 66 children and 45 women.

“We find ourselves in a difficult position because we do not have suitable structures to shelter the immigrants,” Michele Taccone, Portopalo di Capo Passera’s mayor said.

“Right now they are housed in two tents, with only eight portable loos between them,” he said.

Syracuse’s mayor Giancarlo Garozzo called on Prime Minister Enrico Letta and the governor of Sicily for “funds and logistical support” to help deal with the almost 5,000 immigrants who have landed in the area since the start of the year, La Repubblica daily said.

On Sunday, Foreign Minister Emma Bonino said there was “no miracle solution”, saying the arrival of immigrants on Italian coasts was “the consequence of a desperate exodus with two phenomenons together: flight from war and flight from poverty.”

Tuesday’s rescue was the latest incident involving immigrants off the Sicily coast. Six migrants who could not swim drowned on Saturday just a stone’s throw from a beach near Catania in Sicily, after apparently misjudging the depth of the water and jumping off a boat carrying hundreds of Egyptians and Syrians.

Good weather and calm seas has seen arrivals of boat migrants intensify over the past few weeks, particularly in Sicily and Calabria.