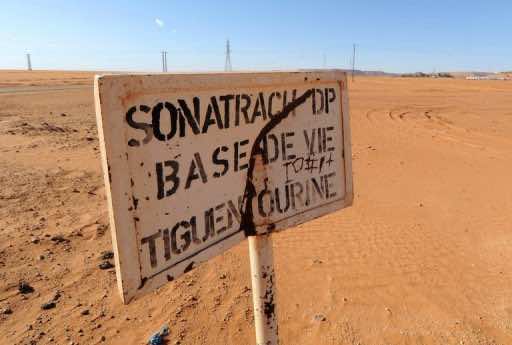 Chekib Khelil, Algeria’s ex-energy minister and a once powerful figure in political and diplomatic circles, is now the target of an international arrest warrant for alleged corruption.

Khelil, 74, who attended the same school as President Abdelaziz Bouteflika in the western town of Tlemcen, is wanted along with eight others, including his wife and two sons, for “corruption, abuse of authority and belonging to an international criminal network,” the public prosecutor said on Monday.

A former head of the Organisation for Petroleum Exporting Countries had variously been presented as a “super minister,” a “regime strongman” or even an “ultra liberal” before taking centre stage for his alleged role in the corruption scandals around state energy firm Sonatrach that hit the headlines on January 2010.

On February 10, the public prosecutor in Algiers opened the “Sonatrach II” case, ordering an probe into possible corruption linked to contracts between the Italian ENI group and Sonatrach, in which Khelil was implicated.

Born in Oujda in Morocco in 1939, Khelil left for the United States in the 1960s where he earned a doctorate for petroleum engineering at the University of Texas, and eventually US citizenship.

In addition to Arabic and French, he also speaks English, Spanish and Portuguese, and has worked for Shell and Phillips Petroleum in the US before returning to Algeria where he became technical adviser to the presidency of Houari Boumediene from 1973 to 1976.

Khelil joined the World Bank in 1980 but returned to Algiers in November 1999 to work as adviser to Bouteflika, who a month later named him minister of energy and mines.

During his decade as minister, Khelil pushed through new legislation, including a controversial law in March 2005 concerning production sharing between Sonatrach and its foreign partners.

Previously the production sharing system granted 51 percent of any oil deposits discovered to Sonatrach, and put the remaining 49 percent up for negotiation with foreign companies.

Khelil’s 2005 law restored the concessions system that existed before Algeria’s oil industry was nationalised, and stipulated that a foreign company would retain 100 percent ownership of new deposits it found.

The law also liberalised production, transport, refining and distribution, allowing foreign companies to import fuel refined outside Algeria for re-sale in the country.

As a result Sonatrach found itself on an equal footing with foreign petrochemical companies.

But Khelil’s law was frozen for a year before being amended in 2006, and the government went back to the previous production sharing system, with new terms disadvantageous to Sonatrach, Algerian experts said.

In an editorial on Tuesday, the French-language daily Liberte asked how Khelil “managed to pass a law selling off hydrocarbons, and have it validated by a council of ministers, and even worse, by MPs”.

The corruption scandal erupted in January 2010 and tainted Khelil’s reputation, forcing him to resign.

But when a new probe was launched in February, he packed up and left for the United States — apparently a wise choice since the US does not have an extradition treaty with Algeria.

“It is true that he has American nationality, but for us, he is an Algerian. It is enough for him to leave the United States and everything will depend on the country he goes to,” Prosecutor Belkacem Zeghmati said in comments related by the press.