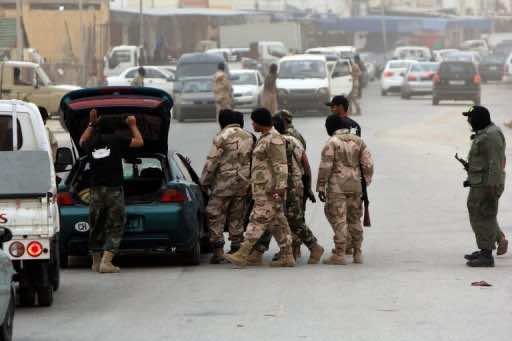 Some 14,000 prisoners who escaped from various Libyan detention centres after the 2011 uprising against Moamer Kadhafi are still on the run, the interior minister said Monday.

Speaking less than three weeks after more than 1,200 detainees escaped during riots from a prison in the eastern city of Benghazi, Mohamed al-Cheikh told ministry officials the interior and justice ministries were “working together to get them back to prison so they can serve out their sentences”.

“No fewer than 14,000 former prisoners who were serving sentences including capital punishment and life are still totally free after fleeing from prison,” said Cheikh.

“This situation is one of Libya’s problems,” the official news agency Lana quoted him as saying.

Libya’s authorities have been struggling to reestablish law and order and form a professional police and army since the fall of the regime of longtime dictator Kadhafi.

On August 1, in the latest in a string of incidents, 18 prisoners escaped during an attack on a Libyan police vehicle taking them back to prison from a courthouse in the capital.

The incident came less than a week after the Benghazi prison riot and jail break.

In April, armed men attacked a convoy of prisoners near Tripoli, killing a detainee and wounding others.