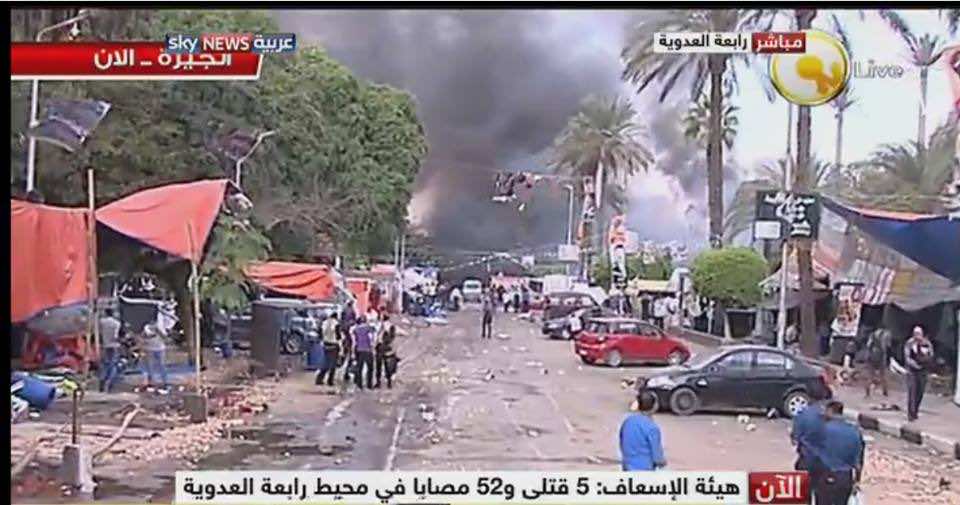 At least 43 people were killed Wednesday as police moved in to disperse two protest camps set up in Cairo by supporters of ousted president Mohamed Morsi, an AFP correspondent said.

The AFP correspondent who counted the bodies at makeshift morgues at the Rabaa al-Adawiya camp said many appeared to have died from gunshot wounds.

There were no women or children among the dead, the correspondent said.