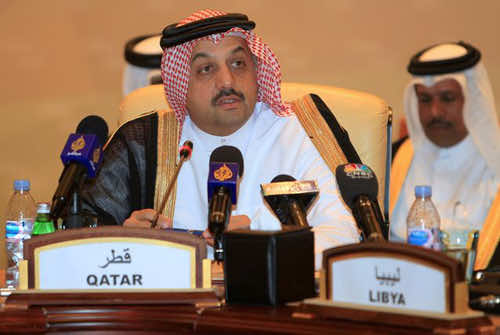 Qatar, a main backer of the Muslim Brotherhood, strongly condemned a bloody crackdown in Cairo on Wednesday by security forces against supporters of ousted Egyptian president Mohamed Morsi.

“Qatar strongly denounces the means by which peaceful protesters in Rabaa al-Adawiya camp and Al-Nahda square have been dealt with and which led to the killing of several unarmed innocent people among them,” a foreign ministry spokesman said in a statement published on the official QNA agency.