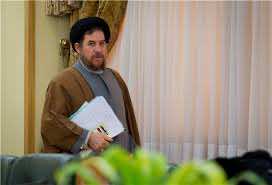 Iran condemned what it called a “massacre” in Egypt as police moved on Wednesday to clear protests in Cairo by supporters of ousted president Mohamed Morsi, Fars news agency reported.

The crackdown by Egypt’s security forces on two protest camps in the capital quickly turned into a bloodbath, with dozens of people killed and scores injured.

“Iran is following the bitter events in Egypt closely, disapproves of the violent actions, condemns the massacre of the population and warns of the serious consequences,” the foreign ministry said in a statement carried by Fars.

“This approach reinforces the possibility of a civil war in the great Islamic country of Egypt,” said the statement.

It called on “all sides to exercise restraint” while encouraging “national dialogue and the democratic process” to end the country’s political crisis, sparked by the ousting of Morsi in a military coup on July 3.

Iran and Egypt have not had diplomatic relations for more than 30 years because of Cairo’s 1979 peace agreement with Israel.

However, Iran began reaching out to Egypt when Islamists led by Morsi came to power in the wake of the 2011 revolution that ousted veteran president Hosni Mubarak, a staunch critic of Tehran.

In March, Egypt and Iran signed a memorandum of understanding to promote tourism between the two countries. Mahmoud Ahmadinejad, the first Iranian president to visit Cairo in more than 30 years, was given a red-carpet welcome by Morsi when he arrived in February.

Morsi meanwhile attended a Non-Aligned Summit in Iran, becoming the first Egyptian president to travel to Tehran since the Islamic revolution.