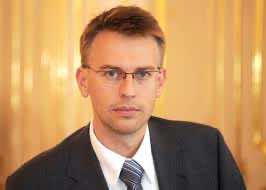 The European Union called for restraint from all sides in Egypt after a deadly crackdown Wednesday on supporters of ousted president Mohamed Morsi.

“Confrontation and violence are not the way forward,” Stano said. “Reports about deaths and injuries in this respect are extremely worrying.”

“We are urging strongly all parties to exercise maximum restraint.”

At least 124 people were killed in Cairo as security forces moved in to disperse two protest camps set up by supporters of the ousted president.

The head of the European Parliament, Martin Schulz, said in a separate statement that the reported casualties were “not acceptable”.

Schulz called on the authorities “to ensure that all Egyptian people, regardless of their political views, are allowed to demonstrate peacefully.

“It’s the government’s responsibility to find a peaceful and fair solution to the current crisis towards an inclusive political process and reconciliation,” he said.