CAIRO- Egypt declared a month-long state of emergency Wednesday as violence raged across the country following a crackdown on supporters of ousted president Mohamed Morsi. 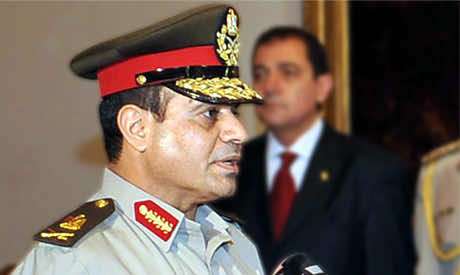 CAIRO- Egypt declared a month-long state of emergency Wednesday as violence raged across the country following a crackdown on supporters of ousted president Mohamed Morsi.

The nationwide state of emergency, announced by a presidency statement read out on state television, began at 4:00 pm (1400 GMT).

The exceptional measures came as “the security and order of the nation face danger due to deliberate sabotage, and attacks on public and private buildings and the loss of life by extremist groups,” the presidency said.

Interim president Adly Mansour “has tasked the armed forces, in cooperation with the police, to take all necessary measures to maintain security and order

and to protect public and private property and the lives of citizens.”The statement read out on television did not spell out any specific measures that might be taken.

The emergency was imposed as clashes raged around the country after police moved in to disperse two pro-Morsi camps in Cairo.  At least 124 were killed in the Rabaa al-Adawiya camp alone, according to an AFP count.