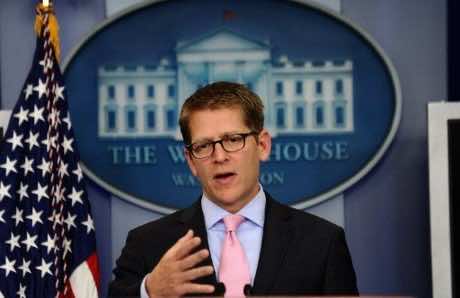 The United States “strongly condemns” the violence against protesters in Egypt and opposes the imposition of a state of emergency, the White House said Wednesday.