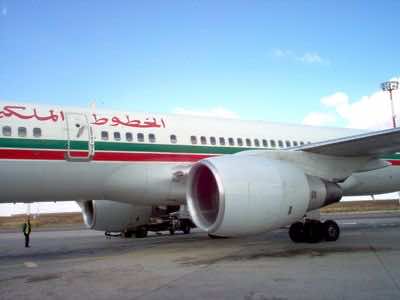 Royal Air Maroc announced on Monday that a passenger successfully gave birth to a male baby last Sunday while on a flight from Casablanca to Bologna (Italy), according to the Moroccan daily la Vie Eco.

Aged 39, the pregnant woman had felt first contractions a few minutes after the plane took off.

According to the same source, the captain consequently decided to divert the flight trajectory to Barcelona as a precautionary measure.

Cabin crew (flight attendants and chief steward), assisted by a passenger (a midwife by profession), performed the operation “successfully a few seconds before landing,” RAM was quoted as saying by La Vie Eco.

According to the RAM, he mother and her baby, who were in good health, were rapidly transferred to San Joan de Deu hospital thanks to the efforts invested by the company’s local services in Barcelona, as well as the airport and health services of the Catalan city.

The plane regained its initial trajectory to Bologna 50 minutes after landing in Barcelona.

Royal Air Maroc’s flight attendants and stewards are trained to perform various sorts of medical interventions, including assistance with childbirth.