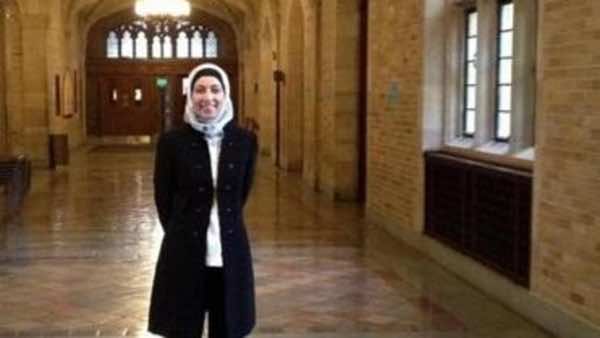 A Muslim student was asked to remove her hijab while taking the bar exam at a law school in Massachusetts, the Boston Globe newspaper reported on Tuesday.

The exam-taker, Iman Abdulrazzak, told the newspaper that the distraction cost her about 10 minutes of the test to qualify to practice law.

“For 10 minutes, I was terribly confused. I tried telling one of the proctors that I had authorization — he kind of shushed me,” said Abdulrazzak, who is 24 and has worn the hijab since she was 12.

Following the incident, the Massachusetts Board of Bar Examiners has decided to review the rule on requiring prior authorization for religious headwear after the student was asked by a proctor to remove her hijab while taking the bar exam at Western New England University School of Law in Springfield city, despite obtaining a prior authorization to wear the religious head covering.

Marilyn Wellington, executive director of the Massachusetts Board of Bar Examiners, described the mistake as “very unfortunate.”

Wellington added that the board may consider revising its rule which requires prior authorization for religious headwear.

While the rule was established to prevent people from hiding notes or other information that could aid them to cheat, Wellington said it should not inhibit religious practices.

Usually, the board notifies proctor supervisors of any test-takers who have obtained prior authorization to wear religious headgear.

But in Abdulrazzak’s case, the proctor supervisor seemed unable to find a notation of the authorization in her official binder.

The student, however, said the supervisor “was really nice.”

“She apologized right away and made sure I had a complaint form.”

“If anything, maybe at the door you could sign a statement saying this is for religious reasons, so it could be used against you if you are lying.”

Requests for religious accommodations are on the rise in the United Sates as the country becomes more diverse, Charles C. Haynes, director of the Religious Freedom Education Project at the Newseum in Washington, told the Boston Globe.

“Incidents in themselves may be small and may seem not so important,” he said. “But the big picture is, it’s calling us to work out how we are going to deal with these differences in our public spaces as we become more religiously diverse in this country.”