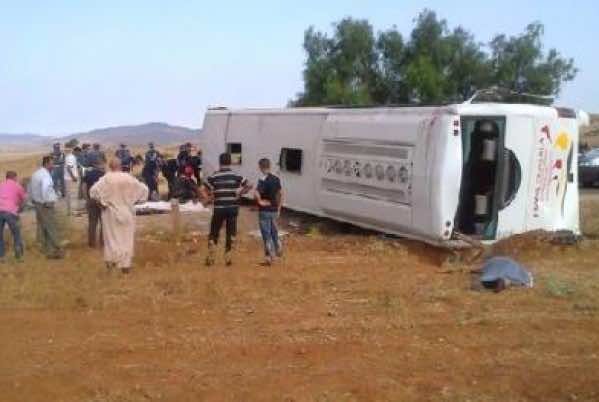 The heartless Moroccan roads continue to take the lives of people in the most horrific accidents. Given the increasing number of road accidents in the kingdom, news of dead and injured victims of road accidents have almost become a routine segment of every Moroccan’s daily life.

Today Morning, 3 people died and 45 were injured, two of which are in a critical condition, after the bus which was carrying them brusquely overturned on a road next to Amssawn district, around 80 kilometers south of Agadir.

7 ambulances, three doctors and four nurses were reportedly sent on the spot where the accident took place to help the victims.

According to local officials, the bus, which was heading from Sawira to Agadir, overturned exactly at 9:30 am after the driver lost control of the vehicle at a sharp turn because of high speed.