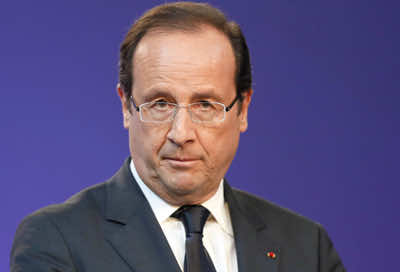 French President Francois Hollande has summoned the Egyptian ambassador to France for a meeting on Thursday, sources at the presidency said, a day after a bloody crackdown on supporters of the country’s ousted Islamist president.

Wednesday’s violence, which came as security forces stormed the protest camps of supporters of Mohamed Morsi, has left at least 370 dead across Egypt, according to official estimates.

The bloodshed has sparked international condemnation, but Hollande is the first head of state to take the step of summoning its Egyptian representative.

Washington has branded the events in Cairo “deplorable”, while EU foreign affairs chief Catherine Ashton has urged Egypt’s rulers to end a month-long state of emergency imposed in the wake of the crackdown.

French Foreign Minister Laurent Fabius on Wednesday called for “an immediate halt” to the violence and urged the United Nations and its partners to take a joint stand.