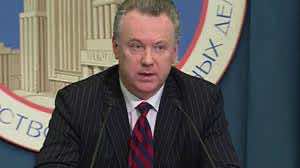 Russia’s foreign ministry on Thursday urged tourists to avoid trips to Egypt because of raging violence that has claimed more than 400 lives and spread to provinces outside the capital Cairo.

“Clashes and unrest that began in the capital are quickly spreading to other cities and regions of Egypt, including those favoured by tourists,” ministry spokesman Alexander Lukashevich said in a statement.

“In these circumstances, the Russian foreign ministry recommends that Russian tourists refrain from visiting Egypt,” the spokesman stressed.

Egypt’s Red Sea resorts are among Russian tourists’ favoured foreign destinations in part because tourist visas there can be purchased on arrival.

The Federal Tourism Agency estimated that about 50,000 Russians were currently staying in the violence-wracked country, fewer than at other times of the year as Russians prefer to avoid Egypt’s extreme heat in the summer months.

A spokeswoman for the Russian Tourism Union it was urging vacationers staying in Hurghada — Egypt’s second-largest Red Sea city — to stay on the territory of their hotels for the immediate future.

Egyptian government officials said at least 464 people were killed in nationwide violence, sparked by a crackdown on Wednesday on the protest camps of supporters of ousted Islamist president Mohamed Morsi.