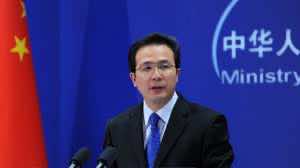 China called for “maximum restraint” from all parties in Egypt on Thursday after violence claimed more than 400 lives and spread to provinces outside the capital Cairo.

Beijing was “deeply worried by recent developments” in Egypt, the foreign ministry said in a statement posted on its website.

“China calls upon all parties to treat the interests of the Egyptian state and citizens with maximum concern, to exercise maximum restraint and to avoid more casualties,” the statement said.

Hundreds, perhaps thousands of pro-democracy protestors died in China in 1989 when the Communist authorities crushed demonstrations in Tiananmen Square.

Egyptian government officials said at least 464 people were killed in nationwide violence sparked by a crackdown Wednesday on the protest camps of supporters of ousted Islamist president Mohamed Morsi.

China supported Morsi during his term as president, granting him a state visit last year, but said it “respected the choice of the Egyptian people” after he was forced out by the country’s military following protests in July.

Trade between the two countries reached $8.8 billion in 2011, up 40 percent from 2008, according to China’s ministry of commerce.

Beijing was deeply rattled by the protests across the Arab world in 2011 which ultimately brought Morsi to power, launching a crackdown on dissidents after some called for similar demonstrations to be mounted in China.