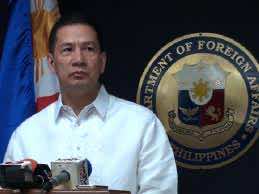 The Philippines on Thursday urged its 6,000 nationals in Egypt to leave the country after the worst violence in decades there left more than 450 people dead.

The Department of Foreign Affairs raised the alert level for the country to three due to “the escalating civil unrest and insecurity” — just below level four, which calls for mandatory evacuation of Filipinos from a foreign country

“(This) entails the voluntary repatriation of Filipinos in Egypt. The deployment of new workers, as well as the return to Egypt (of other Filipinos) and their dependents, is likewise suspended,” it said, adding that there were 6,000 Filipinos in Egypt.

Foreign department spokesman Raul Hernandez said that the Philippine embassy in Cairo would help repatriate any Filipinos who wish to depart. He did not give details.

At least 464 people were killed in nationwide violence sparked by a crackdown on the protest camps of supporters of ousted Islamist president Mohamed Morsi, Egyptian government officials said Thursday.

About 10 million Filipinos, or 10 percent of the population, work abroad as managers, salespeople, seamen, labourers, drivers and domestic helpers, earning larger salaries than they could get in their impoverished home country.

In recent years, the Philippines has had to repatriate its nationals from Syria, Libya and the capital of Yemen due to unrest in those countries.

Muslim-majority Malaysia has also “strongly” advised all its nationals to defer “all non-essential travel” to Egypt. 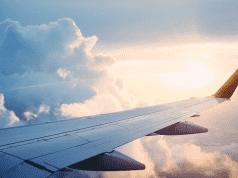