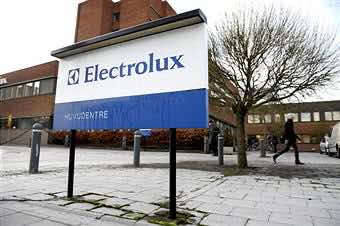 Swedish home appliance maker Electrolux said Thursday it was temporarily closing its factories in Egypt due to the violence in the country.

“We’re temporarily shutting our plants in and around Cairo. The decision was taken yesterday (Wednesday) and today (Thursday). We’ll meet this weekend to discuss it,” company spokesman Daniel Frykholm told AFP.

“We feel we have to evaluate the security situation,” he added.

Electrolux employs around 6,700 people in Egypt.

At least 525 people were killed across the country on Wednesday when Egyptian security forces broke up protests in support of ousted Islamist president Mohamed Morsi, according to the latest toll provided by a health ministry official on Thursday.