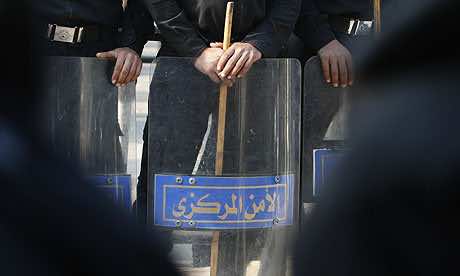 A 21-year-old policeman was fatally shot in the chest and arm in the North Sinai town of Al-Arish after gunmen attacked the Police Club.

Another policeman was killed in an attack on a police station in the central city of Assiut.

Private Egyptian television CBC showed footage of the headquarters in flames as men tried to douse the fire with hoses.

In Alexandria, hundreds of Morsi supporters cut the road on the corniche, chanting for their deposed president, state media reported.

In the Beni Sueif province, pro-Morsi protesters took to the streets to denounce a crackdown by police on Wednesday.

The unrest comes a day after at least 525 people were killed in Cairo and other provinces after police stormed two protest camps occupied for weeks by Morsi supporters.