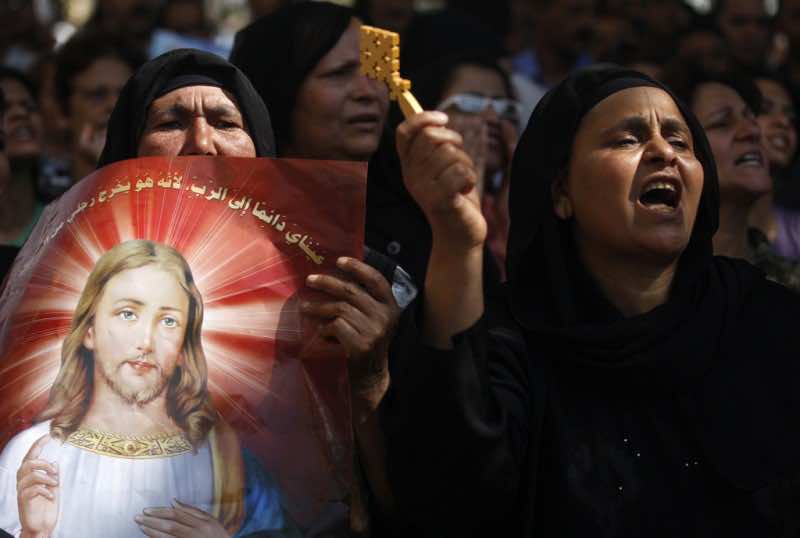 Coptic Christians make up between six and ten percent of Egypt’s population and their community has been the target of sectarian violence in the past.

Already on Wednesday several Egyptian churches were burned by mobs of Morsi’s Islamist supporters, angered by the deadly police assault on their sit-in demonstrations in Cairo.

But they also noted “with alarm that a number of Christian churches and institutions have been targeted, including in the provinces of Assiut, Fayoum, Minya and Sohag, reportedly in retaliation to the incidents in Cairo.”

“We call all political and social actors to abandon strategies of confrontation, engage constructively to ensure respect for diversity, and take all possible steps to facilitate peaceful resolution of disputes in the country,” the authors said.

According to an updated government toll at least 525 people were killed — 482 civilians and 43 police — and 3,500 injured in Wednesday’s violence, and deadly clashes were continuing on Thursday.