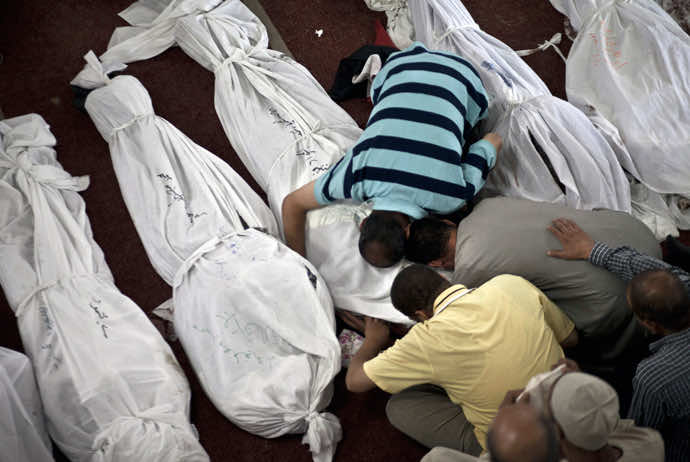 Egyptian police on Thursday entered a Cairo mosque containing the bodies of several dozen killed Islamist protesters after a brief standoff during which they fired tear gas, Islamist activists said.

“They surrounded the mosque and fired tear gas at those outside. They have now entered and we left,” said Ibrahim, a field medic who was inside the mosque.

Over 200 hundred corpses Islamists said remained from a police and military crackdown on Wednesday had been moved out earlier in the day, Ibrahim said.

“There were still 43 bodies we could not identify,” he said.