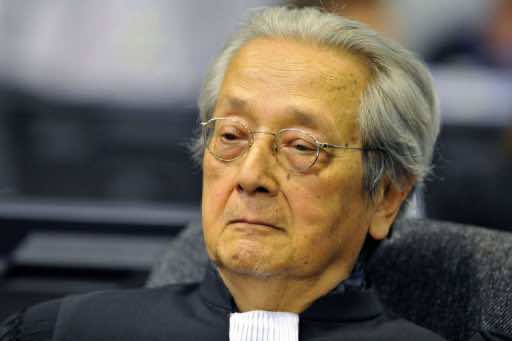 France’s Jacques Verges, the provocative lawyer who earned the nickname of “Devil’s advocate” by defending a long list of high-profile criminals from Klaus Barbie to Carlos the Jackal, died in Paris on Thursday. He was 88.

“He died around two and a half hours ago, I was informed by his entourage,” Christian Charriere-Bournazel, the head of France’s main bar association, told AFP.

“He had a fall a few months ago, he had since lost a lot of weight and walked very slowly … We knew the end was near but we didn’t know it would come so soon,” he said.

Born in Thailand in 1925 to a father from the Reunion island and a Vietnamese mother, Verges was a communist as a student and later supported the Algerian National Liberation Front in its fight for independence from France.

After securing the release of Algerian anti-colonialist militant Djamila Bouhired, he married her.

Verges went on to become a high-flying lawyer, making headlines around the world thanks to a client list that includes some of the most infamous names of modern times: Nazi war criminal Klaus Barbie, Venezuelan revolutionary Carlos the Jackal, former Iraqi deputy prime minister Tariq Aziz and ex-Yugoslav leader Slobodan Milosevic.

Verges’ life story reads like a novel, but there is one chapter that he prefers to leave unopened: from 1970 until 1978, when he left his wife and children and disappeared.

He has referred to this period as “the dark side” of his life, leading to much speculation about these missing years.

Among the more persistent theories are suggestions that he fostered ties with Palestinian militants, that he passed through Congo — or that he lived in Khmer Rouge Cambodia.

One of his last high-profile cases was the defence in 2011 of his long-time friend, Cambodia’s former communist head of state Khieu Samphan, who faced charges of crimes against humanity over the 1975-1979 Khmer rule.