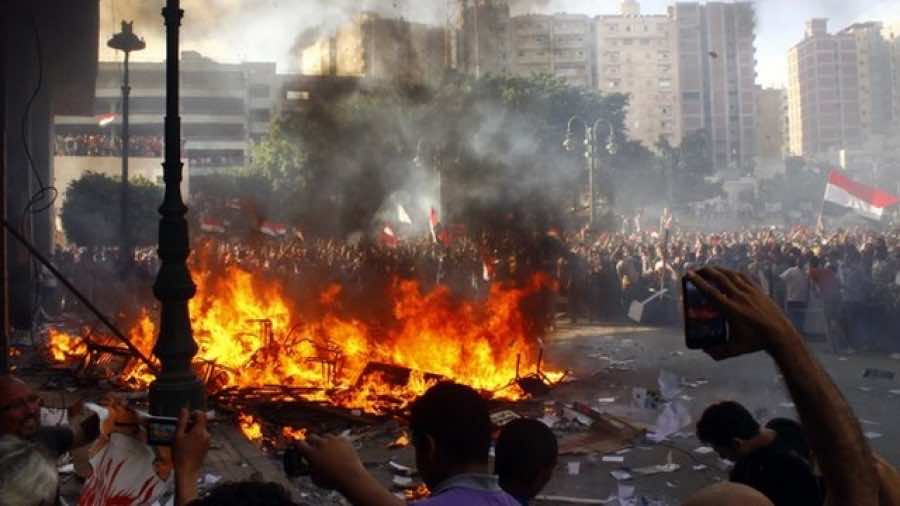 The United States warned its citizens on Thursday not to travel to Egypt and called on those already there to leave. The travel warning was issued one day after a brutal crackdown on street protests in Cairo ordered by Egypt’s military-backed government left more than 500 people dead.

Any Americans who remain in Egypt despite the warning were urged to obey all local curfews in place and to avoid street demonstrations. “Political unrest … shows little sign of abating,” the State Department statement said.

The warning said that foreigners caught up in the violence could become targets for “harassment or worse” and noted that a US citizen was killed during a demonstration in Alexandria in June. “Of continued concern is gender-based violence in and around protest areas where women have been the targets of sexual assault,” it added.

Tourism was once a mainstay of the Egyptian economy, with millions of foreign visitors flocking to see the pyramids and ancient ruins. But numbers dropped dramatically after a 2011 revolution overthrew long-time ruler Hosni Mubarak and ushered in a period of instability, heightened last month by the ousting of the country’s first elected Mohamed Morsi.

Egypt, the most populous country in the Arab world, is also a major market for private US firms, some of which are now pulling out of the country or scaling back operations. US auto giant General Motors announced Thursday that it was suspending production at its Egyptian plant while it re-evaluates the security situation.