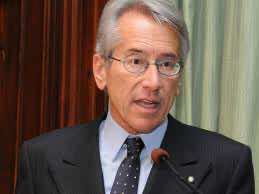 Italy has advised its citizens visiting Egypt to remain in hotels and holiday resorts following clashes in which hundreds of people have been killed.

“We strongly advise you to avoid excursions outside of tourist areas, particularly in cities,” the foreign ministry said in a statement on its website on Thursday.

The ministry also said the security situation in the northern part of the Sinai peninsula was “very precarious” and advised against any travel there.

“There is a risk of terrorist attacks. There should be particular caution in the region bordering the Gaza Strip, in Cairo and Alexandria,” it said.

There are currently around 19,000 Italians in Egyptian resorts — 5,000 more than last week at the height of the holiday season in Italy, ANSA news agency reported.

Fortunato Giovannoni, head of the federation of Italian tour operators Fiavet, said on Tuesday that there had been an 80-percent drop in Italian tourists in Egypt this year from the same period in 2012.