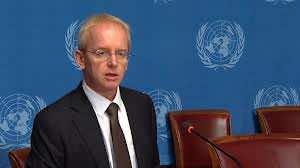 The UN refugee agency said Friday it feared that Syrian war exiles in Egypt could get caught up in its spiralling crisis, amid international condemnation of the bloody military crackdown.

There are around 80,000 registered Syrian refugees in Egypt, with informal estimates that the real figure may be close to a quarter of a million, he said.

“We are concerned about the protection needs of Syrian refugees in Egypt.

We’re doing what we can to help, we’re in touch with the authorities,” he said.

Islamist protesters in Egypt began marching on a “Friday of anger” after hundreds of people were killed in a crackdown by security forces on their protest camps this week.

The UNHCR had already sounded the alarm last month over arbitrary arrests of refugees and rising anti-Syrian rhetoric in Egypt, amid claims of Syrian involvement in rallies supporting ousted Islamist president Mohamed Morsi.

Before he was overthrown by the military in July, Morsi, a vocal backer of Syria’s rebellion, had cut diplomatic ties with Damascus and urged President Bashar al-Assad to quit.

UNHCR has also questioned visa and security clearance restrictions that Egypt slapped on Syrians in the wake of Morsi’s ouster, saying they should be waived at least for women, children and the elderly.