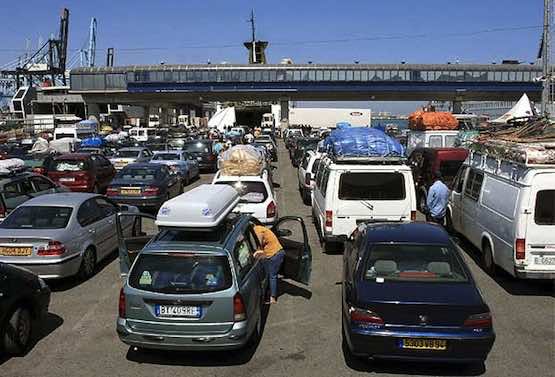 The Mediterranean imagination is haunted with mobility and traveling. Morocco, is everywhere in the popular and literary productions and it is even linked with the renewal of scientific tools in social sciences in knowledge production. Migration as a recent theme in the socio-political scene in Morocco renewed Moroccans’ understanding of citizenship and politics. It is a new space of civic and political negotiation.

Statistically speaking, the Moroccan Diaspor approximates 4 million and a half and is composed of three generations. From a gender perspective, women are about 50% of the migration population. Financially speaking, remittances amount to MAD26 Billion. The Moroccan Diaspora exists in all the five continents with a classical concentration in Western Europe. According to some researches, there is stagnation of the migratory flux to some countries in Western Europe, like the Netherlands but there are new waves to Spain and Italy. More importantly, there is also the phenomenon of return migration but it is still a nascent activity.

Beyond statistics, there are invisible processes both culturally and politically. During the 80’s, new political elites emerged out of civil society, locally and globally linked with migration agenda. I argue that they have imposed their agendas and their legitimacy through incorporation and combination of identity politics, cultural dimension and social intervention with transnational connections. This axis of activism concentration emerged during the process of democratization, linking the local and the global in a manner that transformed the public sphere in modern Morocco. So, how do these new political activists negotiate with the formal institutionalized politicians? How do they use migration file to lobby for their interests? How do their discourses shape a new form of doing politics? And how do their transnational networking and social capital empower them locally?

Understanding the Moroccan Diaspora starts from rethinking the local and the global when it comes to its formation, diversity and continuity.”[Diasporas] form an important transnational resource for movements for self-determination…diasporic attachments subvert the nation-state: diasporas think globally even though they live locally. Sometimes understood as hybrid, diasporic communities are often seen as embodying the postmodern condition.”

The celebration of Moroccan migration should not blind policy makers and deciders to shun away from tackling the real issues related to migration in Morocco; the transnational debate on Moroccan migration, I suggest, is to rethink and lobby for a new perspective on the Moroccan migration. It is inscribed in the 3D’s approach that is: “development, democracy and dignity.” The debate is about new roles of migrants, of the changing face of immigrants profile and their roles in the political as well as the social arenas in Morocco.

Historically speaking, Migrants’ networks from the sixties onwards forged new meanings for the nation, citizenship and belonging. Migrants reconsidered contested terrains through discursive strategies of naming as Daniel Thomas (2002) argues, “the deployment and engagement of competing justification becomes a highly significant political process, and justifications themselves become a source of political power.” This is a platform to reconsider the dynamics of new civil society actors in the migratory process under a local/global world as the migration dream/project gains a more intense and strong hold within the imagination of Moroccans to an extent that it alienates them from interacting in daily life, and how new civil society/political elites emerge strongly at the margin of this new social identity within the social fabric of Morocco.

In 2005, a Euro-African Non-Governmental Conference was organized in Rabat (Bouznika) on June 30th and July 1st and called for “the respect of the fundamental rights of migrants, on freedom of movement for all, on development and prosperity sharing policies devoid of security concerns, on the fight against securitarian policies and their consequences, on policies of admission and integration that can restore the right of asylum and secure the recognition of immigrants’ rights as workers and citizens.”

In 2006, Moroccans living abroad, and through their NGOs, organized an international conference in Rabat; it was called “AL Monadara: for a real citizenship here and there;” Al Monadara described these politics of here and there in the following terms:

Moving beyond statistics and clichés, public policies should be oriented towards generating a healthy debate about the nexus migration/development and be equipped with a clear vision of the interrelatedness among citizenship, democracy and development at both theoretical and practical levels.