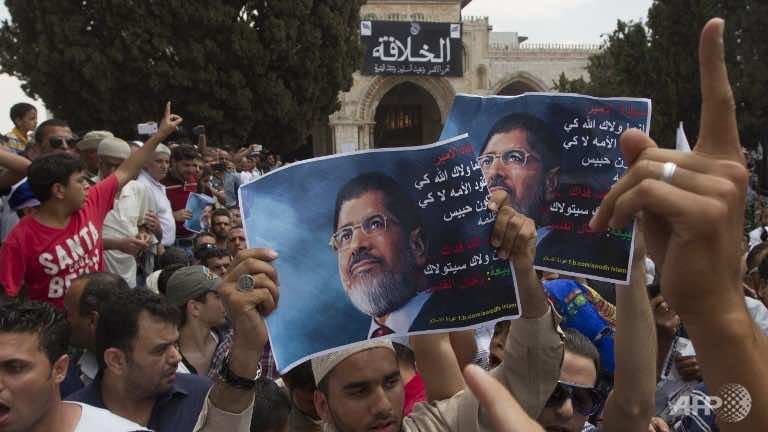 Some 600 people affiliated with the Palestinian Islamist movement that rules the Gaza Strip held the demonstration after Friday prayers, an AFP correspondent said.

They also conducted a special prayer for the hundreds of Morsi supporters killed on Wednesday when security forces dispersed Cairo protest camps set up by Morsi’s Muslim Brotherhood supporters.

The demonstrators, who held posters commemorating the dead, called Sisi an “American collaborator” who served Israel and chanted that Morsi was still Egypt’s president.

Some compared Sisi to Hitler, who they said “killed Jews for his people,” while the Egyptian army chief “killed his people for the Jews”.

Other Islamist movements also took part in the demonstration, with Israeli police not intervening.

A large rally in support of Morsi was being planned by the northern faction of the Israeli Islamic Movement for Saturday afternoon.