Morocco World News
Home Highlights on Morocco Morocco: uproar over arrest of a Police officer who shot an outlaw... 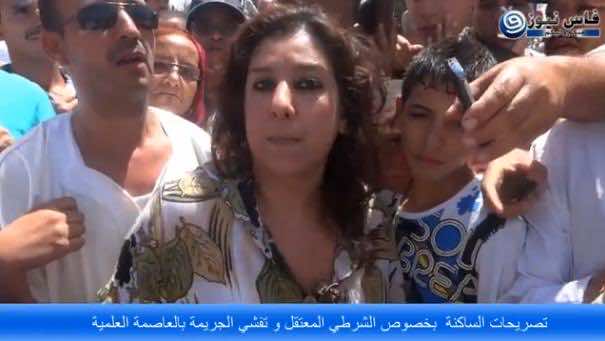 On August 10, a police officer in Fez shot a man dead using his service pistol during an intervention to stop three outlaws who were assaulting a citizen at Bensliman-Ben Debab neighborhood in Fez.

The same police officer was recently arrested for having killed one of the three outlaws using his service pistol during that intervention.

The police officer’s recent arrest has stirred an uproar in Fez. The inhabitants of the spiritual capital denounced the arrest of the policeman, who, according to them, did only his work, which is protecting the citizens of a city that is increasingly becoming a scene of hideous crimes.

“This city is gradually becoming a dangerous place, and everyone without any exception is likely to be assaulted at any moment now,” stated a Fez citizen in a video on Youtube.

“The police officer who was arrested is a brother who protects us, and we should not go home until he is released,” she added.

The police officer arrested for shooting one of the outlaws dead that day apparently did not have any other option.

According to many sources that wrote on the event earlier, three individuals were robbing a man, who works in a hotel, using a knife. When the police arrived, the three outlaws refused to comply and aggressively attacked the police’s vehicle.

A police officer shot two warning shots to intimidate the outlaws, but in vain. He then found himself compelled to shoot one of the outlaws who eventually died after being transferred to a hospital.

An investigation was subsequently launched to further elucidate what exactly happened that day.

The recent arrest of the police officer has angered many of the inhabitants of Fez, some of whom went out to denounce his arrest and show their firm support of his “courageous act.”

“I salute and support this police officer,” a taxi driver stated in the same video on Youtube.

“I fully imagine what he had to face since I myself was assaulted on many occasions by a lot of dangerous individuals in this city.”

“We call on city officials to double their efforts to stop all these criminals by increasing the number of police patrols in all locations characterized by criminal and illegal activities,” stated Azz El Din Cheikh, a member of Fez city council, in the same video.