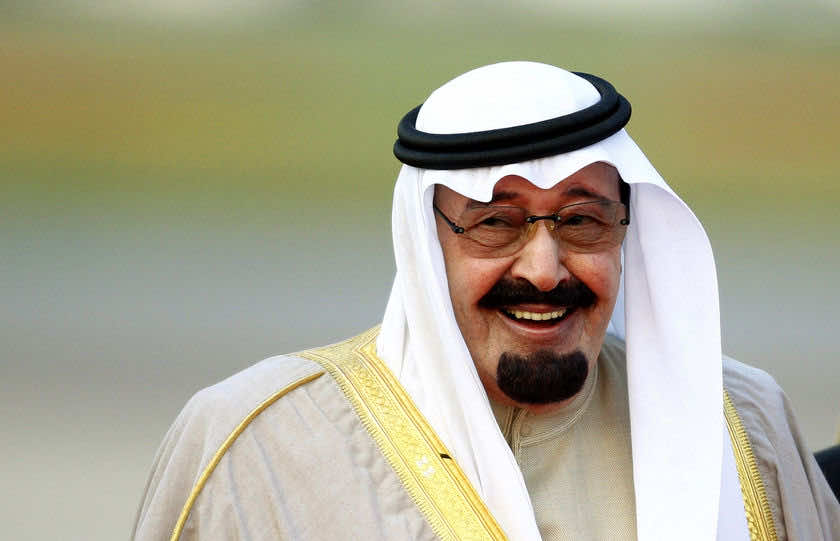 Egypt’s army, directly or indirectly in power since 1952, ousted the Brotherhood’s democratically elected Mohamed Morsi as president in a July 3 coup and installed an interim civilian government in its place.

Morsi’s supporters set up protest camps in Cairo and promised to stay put until the former leader, now in custody, was reinstated. The government ordered them to disperse and, after a number of delays, police backed by troops stormed the camps on Wednesday.

The death toll from ensuing clashes, in the capital and across Egypt, has reached nearly 600 people.

But only Qatar, a Brotherhood patron, and Tunisia, whose ruling Ennahda party is affiliated with the  movement, strongly condemned the assault.

“All the Gulf monarchies, except for Qatar, and Jordan fear that the Muslim Brotherhood revolution will be exported to them,” said Khattar Abou Diab, a professor at University of Paris-Sud.

“For that reason, they are hoping for a return to the classic situation of a strong power in Egypt, a pivotal country in the Arab world.”

These countries, Saudi Arabia in particular, “have noted with disapproval the growing weight of Turkey and Iran… and their support for the Egyptian regime demonstrates their desire to return to a purely Arab regional system based on more classical lines.”

Turkey, whose Islamist government is ideologically aligned with the Muslim Brotherhood, has widened its influence in the Arab world since the outbreak of the Arab Spring.

And Iran has reinforced its links with the regime of Syrian President Bashar al-Assad and established relations with the Brotherhood in Egypt.

Shadi Hamid, a Middle East expert at the Brookings Doha Centre, said what happened in Egypt “is a product of a big regional issue, which is this kind of ‘Arab Cold War’, and it is clear what side… is winning.”

For Riyadh and Abu Dhabi, the coup delivered a “blow to their major regional opponent, the Muslim Brotherhood, so it would not make much sense for them to turn around now and say “well, we don’t like what you are doing anymore.’

“Saudi Arabia and the UAE are now the primary patrons of this new military government and they are very supportive. It is unlikely they would offer much criticism.”

For 30 years, Saudi Arabia and the Brotherhood maintained good relations, but these deteriorated after the Brotherhood criticised Riyadh for accepting US military personnel in the country during the 1991 Gulf War.

Things got worse after the September 11, 2001 attacks on the United States.  At the time, Riyadh accused the Brotherhood of being at the root of jihadist ideology, and the interior minister declared in 2002 that “all extremist groups are derived from the Muslim Brotherhood.”

But the worst of all for Sunni Muslim Saudi Arabia, was the rapprochement between the Brotherhood and Shiite Iran across the Gulf, Riyadh’s main rival in the Middle East.

On Friday, Saudi King Abdullah openly spoke backed the Egyptian regime, saying it was engaged in a fight against “terrorism.”

Saudi Arabia “has stood and stands with its Egyptian brothers against terrorism, deviance and sedition, and against those who try to interfere in Egypt’s internal affairs… and its legitimate rights in deterring those tampering with and misleading” its people, he said.

“Those who have interfered in its affairs must know that they are causing sedition and backing terrorism, which they claim to fight,” added the head of oil-rich conservative kingdom that is a major regional player.

Stephane Lacroix, a professor at the Institute of Political Science in Paris and an expert on the group,  said the “Muslim Brotherhood has never been opposed to relations with Shiite Iran while, for the Saudis, that is a red line not only in terms of Sunni orthodoxy but also because or regional politics.”

Lacroix added: “For the Emiratis and Saudis, the Muslim Brotherhood has regional ambitions that could be a danger to the monarchies of the Gulf.

“These monarchies consider it to be in their interest to have rather more dictatorships than democratic regimes, which are unstable and unpredictable in their eyes.”