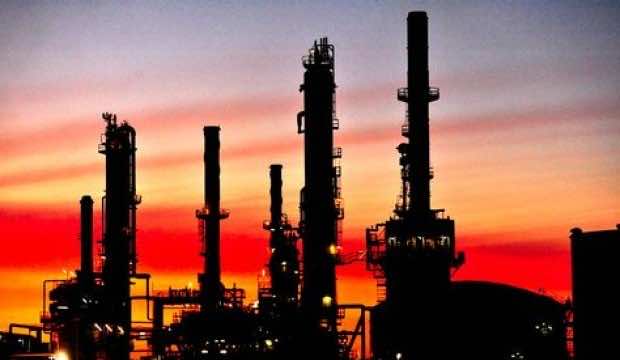 Oil prices rose this week as violence in Egypt fuelled tight supply fears, while a drop in the dollar on increased expectations of tapering of US stimulus lifted demand for gold, analysts said.

OIL: Oil prices rallied, with Brent hitting four-month highs, on fears that the violence in Egypt could affect stability in the neighbouring and oil-rich Middle East region.

“Oil prices advanced … on worries that escalating violence in Egypt could impact the oil shipment along the Suez Canal or spread across the Middle East, where supplies already face disruptions,” said Lee Chen Hoay, investment analyst at Phillip Futures.

“Egypt is clearly having an impact on prices, but the reality is constant talk of a Middle East supply disruption has almost become background noise for investors,” he said.

Brent crude on Thursday reached $111.53 a barrel — the highest point since the start of April.

Traders are worried that the unrest could hit crude shipments through the Suez Canal and Sumed Pipeline, which provide a link between Europe and oil producers in the Gulf.

Although Egypt is not a major oil producer, the Suez canal carries about 2.5 million barrels daily, or 2.7 percent of global supply.

Egypt has faced international condemnation since nearly 600 people were killed in clashes on Wednesday when police broke up protest camps of supporters of ousted president Mohamed Morsi, in Egypt’s bloodiest day in decades.

Oil prices gained support also from a decline in US crude stockpiles, indicating firmer demand in the world’s largest economy.

On Wednesday, the US government said that American crude stockpiles declined by 2.8 million barrels last week, more than the drop of 1.5 million barrels expected by Dow Jones Newswires.

By Friday on London’s Intercontinental Exchange, Brent North Sea crude for delivery in October stood at $110.01 a barrel compared with $107.52 for the expired September contract a week earlier.

On the New York Mercantile Exchange, West Texas Intermediate or light sweet crude for September climbed to $107.59 a barrel from $105.41 a week earlier.

PRECIOUS METALS: Futures benefited from a weaker dollar, which makes commodities priced in the US currency cheaper for holders of rival currencies, boosting demand.

“The weaker dollar and substantially weaker equity markets have provided a boost to precious metals,” analysts at Barclays said in a note to clients.

The dollar fell sharply after official data showed weekly US jobless claims declined to their lowest level in six years.

Investors saw the figures as a sign that the US Federal Reserve could begin to reduce its $85 billion a month quantitative easing (QE) programme as soon as September.

“There’s been a lot of attention on the US this week, with economic data and comments from Fed members being picked apart ahead of the September (policy) meeting,” said Craig Erlam, an analyst for Alpari traders.

“The consensus in the markets now appears to be that the Fed will begin the first phase of its QE exit strategy at the September meeting, probably reducing its asset purchases to $60-65 billion a month, which is still a huge figure,” he added.

Global demand for gold meanwhile fell to a four-year-low in the second quarter despite a surge in demand from India and China as the metal became cheaper, industry body the World Gold Council said on Thursday.

On the London Platinum and Palladium Market, platinum increased to $1,524 an ounce from $1,492.

BASE METALS: Prices mostly rose, with support coming also from recent upbeat economic data out of China, the world’s second biggest economy and largest consumer of base, or industrial metals, traders said.

By Friday on the London Metal Exchange, copper for delivery in three months jumped to $7,381 a tonne from $7,276 a week earlier.

COCOA: Prices rose but failed to improve on 11-month peaks in London and the highest levels for eight months in New York seen the previous week on the back of dry weather in leading producer Ivory Coast.

By Friday on LIFFE, London’s futures exchange, cocoa for delivery in December gained to £1,652 a tonne from £1,638 a week earlier.

On New York’s NYBOT-ICE exchange, cocoa for December climbed to $2,491 a tonne compared with $2,464 a week earlier.

By Friday on NYBOT-ICE, Arabica for delivery in December grew to 124.70 US cents a pound from 122.75 cents a week earlier.

By Friday on NYBOT-ICE, the price of unrefined sugar for delivery in October increased to 17.23 US cents a pound from 16.84 cents a week earlier.

GRAINS AND SOYA: Maize and soya prices advanced as the US government downgraded its harvest forecasts.

By Friday on the Chicago Board of Trade, November-dated soyabean meal — used in animal feed — rose to $12.66 a bushel from $11.82 a week earlier.