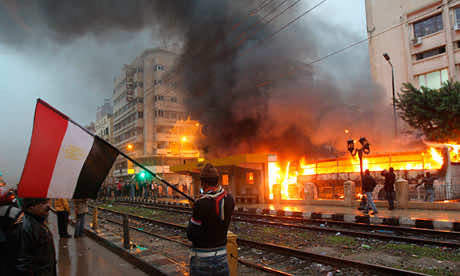 A senior UN official will visit Cairo next week to discuss the violent political crisis unfolding in Egypt, the United Nations said Friday.

He is traveling at the request of Secretary General Ban Ki-moon and will also visit other countries in the region, said deputy UN spokesman Eduardo del Buey.

Ban was to return to New York Saturday after a tour that took him to Jordan, the Palestinian territories and Israel. The goal of the trip was to support the renewed Israeli-Palestinian peace talks.

The UN high commissioner for human rights, Navi Pillay, called for a probe into the actions.

After an emergency meeting Thursday evening, the 15 members of the Security Council called for both the authorities and protesters to exercise restraint.

But the council failed to agree on a formal statement.  The council will hold a session Tuesday dedicated to the Middle East — it does so every month — and the Egyptian crisis will be discussed.