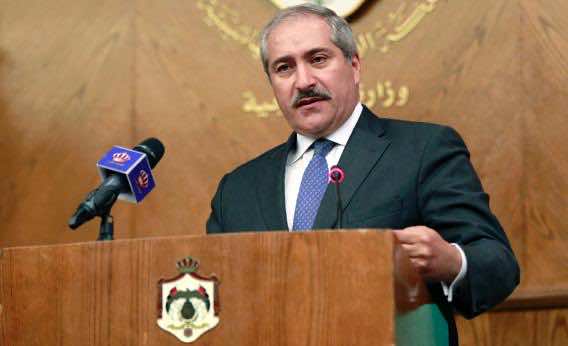 Jordan said on Friday it backs Egypt’s efforts to “impose rule of law” and “combat terrorism,” in its first official reaction to the deadly crackdown on the Muslim Brotherhood.

“Jordan stands by Egypt in its serious efforts to impose the rule of law and restore security and stability,” Foreign Minister Nasser Judeh said in a statement carried by state-run Petra news agency.

“Egypt is seeking to combat terrorism and attempts (by others) to meddle in its affairs,” he said.

“All Arabs and Muslims should stand firm against attempts to tamper with Egypt’s security and stability,” Judeh said.

Earlier in the day around 1,000 supporters of the Muslim Brotherhood in Jordan demonstrated in Amman to protest against the crackdown.

“Down with military rule,” the demonstrators chanted, in reference to the Egyptian armed forces who deposed Islamist president Mohamed Morsi on July 3 after millions clamoured for his resignation.

The protesters, waving Jordanian and Egyptian flags, also demanded the expulsion of the Egyptian ambassador and called on the government to recall the envoy from Cairo.

Hamzeh Mansur, head of the Islamic Action Front, the political arm of the Brotherhood in Jordan, also sent a letter to Prime Minister Abdullah Nsur demanding the government condemn the crackdown in Egypt.

Egypt has faced international condemnation since nearly 600 people were killed in clashes on Wednesday when police broke up protest camps of Morsi supporters.

On Friday thousands of Islamists protested across Egypt, sparking violence that killed at least 70 people and turned parts of Cairo into battlefields after police authorised the use of live ammunition.