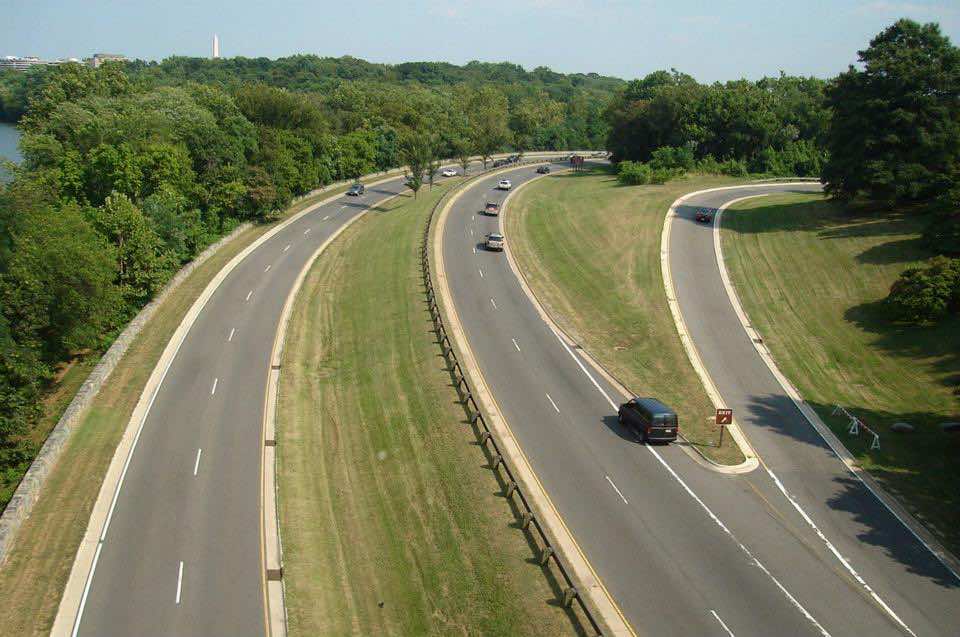 My host family and I were on our way to Washington DC, as I had expressed a strong desire to visit the city. My intention was to visit the decision-making capital of the United States and have a close look at its monuments, but above all, I was interested in visiting its world renowned Smithsonian institution. Museums have always been of great interest to me and I will devote a special article for them. We started our journey from Greenwood, Indiana and had to cross part of the state of Indiana, go through the state of Ohio, a bit of Pennsylvania and all the way through West Virginia, Maryland and Virginia to finally make it to the capital.

At some point in our journey, in a rest area in Ohio State, I noticed there was a memorial commemorating/ celebrating president Eisenhower as founding father of the American highway network. On the plaque of the memorial were inscribed some words about Eisenhower stating that, he as a military officer back in the 1919 had to lead a military convoy across the United States. The convoy crossed the country from the Atlantic to the Pacific seaboard in sixty-two days.

Much later, Eisenhower had a brilliant idea to make traveling easier and more economical and that was through institutionalizing the Highways of the US. Nowadays, the US can be crossed from east to west and north to south in no more than one or two days. More than two months of traveling were saved and a lot of trouble and expenses reduced and” the business of America” which” is business” as president Calvin Coolidge stated thrived and benefited enormously from the time and energy saving network of highways.

American citizens are and will go on enjoying the benefits bestowed on them through the use of highways. At some point in older history, some unfortunate Americans have suffered enormously from building highways as was depicted in John Steinbeck’s “The Grapes of Wrath”, but progress could not however be stopped nor delayed. Thus, highways changed the face of America for good and as a result a vigorous, pragmatic and success oriented nation got established.

Highways were first built by Nazi Germany but soon the lesson was learnt and got more successfully implemented by the triumphant Americans after the second destructive world war. So much for history, to get to Washington, DC as scheduled, we got back on our rented SUV; hit the road into the next state and into the next until the Washington monument greeted us from afar. We managed to make it safely to our final destination.