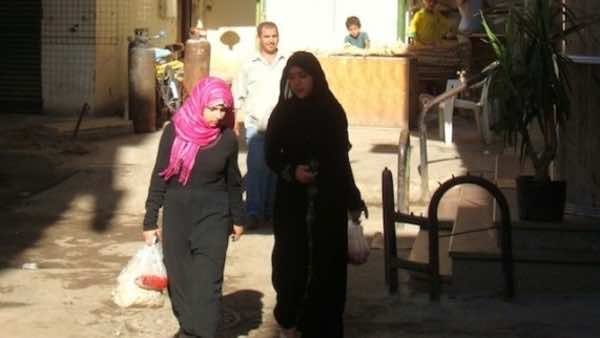 In many societies, marriage is a celebrated institution and a promise of life-long fidelity between two adults; in some areas of the world, such as Egypt, the reality is very different for some individuals.

Every year 14 million girls around the world become child brides, that’s 38,000 new brides every day, according to the Washington Post in a recent article on the realities of being a child bride.

Also Islam’s ban on pre-marital sex is being undermined by the phenomenon of quick marriages, sometimes lasting only one day.

The sham nuptials last as little as a few hours or as much as a couple of years, with the deals hatched by a myriad of “marriage brokers.” Many brokers also offer a second service of delivery,” with village girls as young as 11 brought by the brokers to the Arab tourists’ hotel or rented flat for selection, reported the IPS.

Anecdotal evidence suggests that the sex trade has grown since Egypt’s 2011 revolution as a result of worsening economic conditions, encouraging families to send their young daughters out for marriage, and an ineffectual police force.

For the duration of the marriage the temporary contract offers a way to circumvent Islamic restrictions on pre-marital sex, allowing the “husband” and “wife” to stay in hotel rooms. This would otherwise be prohibited as un-married couples are not allowed to share hotel rooms in Egypt.

The legally non-binding contract terminates when the man returns to his home country.

Azza el-Ashmawy, director of the Child Anti-Trafficking Unit at the National Council for Childhood and Motherhood, describes the sham marriages as prostitution.

“It’s a form of child prostitution in the guise of marriage,” he said in an interview with IPS. “The man pays a sum of money and will stay with the girl for a few days or the summer, or will take her back to his country for domestic work or prostitution.”

The statistics are horrifying with el-AShmawy highlighting that some girls have been married 60 times by the time they turn 18 years old.

Meanwhile, UNICEF calls child marriage “the most prevalent form of sexual abuse and exploitation of girls.”