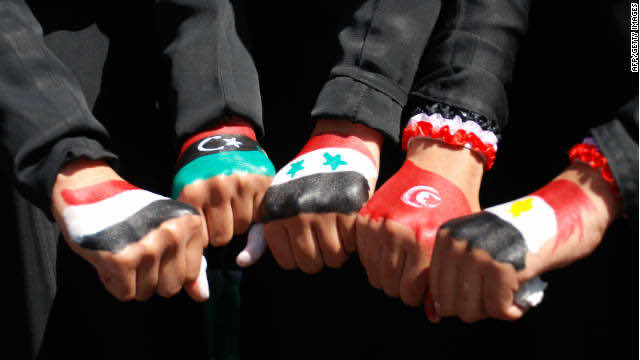 When millions of civilians took the street of Cairo, Tunis and Benghazi, many political analysts, journalists, political scientists and even lay people applauded, shared an optimism and thought that this was the end of the history of a Middle East full of tyranny, corruption, despotism and oppression. They projected that a new glad tiding would draw a new geopolitical map of the Middle East; and would put an end to the long-lasting dictatorships. https://www.moroccoworldnews.com/wp-admin/post-new.php

For decades Arab nations endured hardships created by bureaucratic regimes that dominated every economic aspect. For example in Egypt, the parallel economy run by the Army is stronger than the regular economy of the country. The youth suffered due to the long inconsistencies in an economy that could not generate a better life for a majority of people.

The trajectory of claimed “spring” deviated from its path. The Arab Spring was supposed to lead to a new and bright Middle East, based on democracy, justice and “proliferation” of Human Rights and the Rule of the Law.  This uprising was named a “spring” which is an appellation (title) that is exaggerated at least on the ground of the outcome and the consequences of each of those revolutions. The beginning marked peaceful demonstration that ousted dictators who ruled for decades using any means to silence opposition and torture activists regardless of their ideological orientation. The alleged spring would bring justice and democracy to those underserved nations.

Conversely, the situation in Egypt is unclear and trapped in a vicious cycle that seems like it will never end; people are still in the streets and tensions are still increasing. The situation in Libya is not in good shape either. Human Rights Watch is warning about the severe situation where political activists are targeted, while the situation in Syria remains very complicated as both the Syrian Government and the Syrian Opposition Coalition claimed unreal victories. The absence of stability and peace in the fragile region led us to pose this legitimate question: is it worth it in the first place to overthrown old regimes? In addition, the death toll is skyrocketing as more critical injured are facing death in unsophisticated hospitals.

In Egypt, the old regime was born within the military institution. In the first time of the history of Egypt an elected president was elected freely, who was later ousted by a military coup by the Egyptian Military General. It was surprising that the Secretary of State, John Kerry, claimed that the Army saved democracy; a statement that is not consistent with American values that are orbited around democracy, justice and the Rule of the Law.

Instead of condemning the military coup, the Secretary was praising the military as “Democracy Warriors”. This type of diplomacy would send mixed signals regarding spreading democracy and freeing nations under tyrannical rulers. Are Americans serious in their claims to advocate democracy or is it wise to guard national interests regardless who runs Egypt or China?  Is democracy an end or a mean to achieve political outcome? The American administration is supposed to encourage Democracy regardless of who was trusted in the elections. Arabs believe that the West and US play double talks in issues related to the peace process in Middle East and democracy.

It is not quite evident if the process in the Middle East is leading to an end of tyranny or an end of democracy. Democracy was a western product that was initiated with the Greek city-states, then adopted by the Romans and evolved with new ideas of Renaissance and enlightenment. The West advocated a democratic transition in the Middle East, but as soon as the Islamist movements won the elections (Algeria, Palestine, Turkey and Egypt), the advocates of democracy were not happy about the outcome of the ballot.

This sent a mixed signal to the people in the Middle East, and left them wondering whether democracy and advocacy was real or just a diplomatic rhetoric that would never be put in action. It is surprising that both the American Administration and European Union did not condemn the military coup in Egypt, a position that is not consistent with the agenda of a free and democratic Middle East.

Many democratic nations supported dictatorships around the world for years. What is changing now that would push them to advocate democracy?  Is it okay to advocate for a partial democracy only when it is the “preferred” groups and political parties? Advocating democracy is only paying a lip service to the people of area.

Arab people should rethink their revolutions and assess the outcomes and consequences. Is it worth it to sacrifice all those innocent people that have been targeted by various ruthless military personnel? The socio-economic costs should be outweighed to better grasp future consequences. For example, how long will it take Egypt and Tunis to restore confidence in the business and tourism investors so that they are seen as a safe destination. Probably, this part should be reserved to an expert economist to assess the damages that will take decades to overcome.

The current situation in the Middle East is reproducing the same authoritarian regimes that would sustain corruption and the rule of the elite, the same elite that impoverished the nations for decades.  Arab Spring was only a “Fall” that behaved as a chameleon to camouflage to the rest of the world that life is green and democratic, while in fact it is wilderness and dictatorship. Middle Eastern dictatorship has multiple and layered souls, that will rejuvenate to mark the end of democracy.