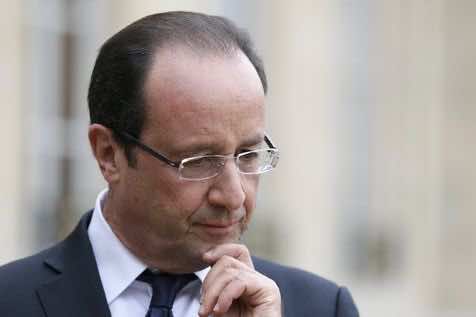 France on Sunday called on Saudi Arabia and Qatar to help find a solution to the crisis in Egypt as it received senior diplomats from the two rival regional powers.

Qatar, considered an ally of ousted Egyptian president Mohamed Morsi’s Muslim Brotherhood, has strongly condemned the intervention by the authorities against the Islamist leader’s supporters.

Saudi Arabia, meanwhile, has declared its support for Egypt’s army-installed interim government and the stand it has taken “against terrorism”.

Receiving the Saudi foreign minister, Prince Saud al-Faisal, French President Francois Hollande invoked the “duty” of countries that have “a relationship of trust and friendship (with Egypt) to end the violence” so that political dialogue can begin.

“It is unacceptable that there is violence of this level in a great country like Egypt,” said Hollande. Clashes between security forces and Morsi supporters have claimed almost 800 lives in the past five days.

Hollande spoke of the “shared responsibility” of Arab and European countries including France to ensure the authorities in Egypt “allow the holding of elections within a short time frame”.

French Foreign Minister Laurent Fabius also received his Qatari counterpart Sunday and stressed the need for “dialogue” in Egypt. “What’s evident to everyone who’s following the situation in Egypt is how
quickly the bloodshed needs to be stopped…. It’s not easy but all countries must advance in that direction,” Fabius said after meeting Qatar’s Foreign Minister Khaled al-Attiyah.

“It’s important we mobilise our energy so that Egyptians find a solution,” said Fabius.

In response, the Qatari minister stressed the need for a quick solution to the crisis and called for a “dialogue between all Egyptians”.  However, he insisted that “it is necessary that political prisoners are
released to achieve a solution.”

Attiyah also denied Qatar had helped the Muslim Brotherhood, saying his country had “never given aid to an Egyptian group or an Egyptian political party. The aid has always been provided to Egypt.”

For his part, Saudi foreign minister said he felt it was “not insignificant that 30 million Egyptians took to the streets to demand that their authorities guarantee their security and organise early elections,” in a reference to the mass demonstrations that sparked the army’s ouster of Morsi.

Faisal said he understood that the freedom to protest was a right, but underlined that “in return, protesters must not threaten the lives of other citizens, property, or turn to violence.”

Fabius confirmed European foreign ministers would soon meet in Brussels to discuss the Egypt crisis, giving a timeframe of “undoubtedly toward mid-week”. Senior European Union diplomats are to hold emergency talks on Egypt on Monday and prepare the ground for a possible extraordinary meeting of the EU’s 28 foreign ministers.