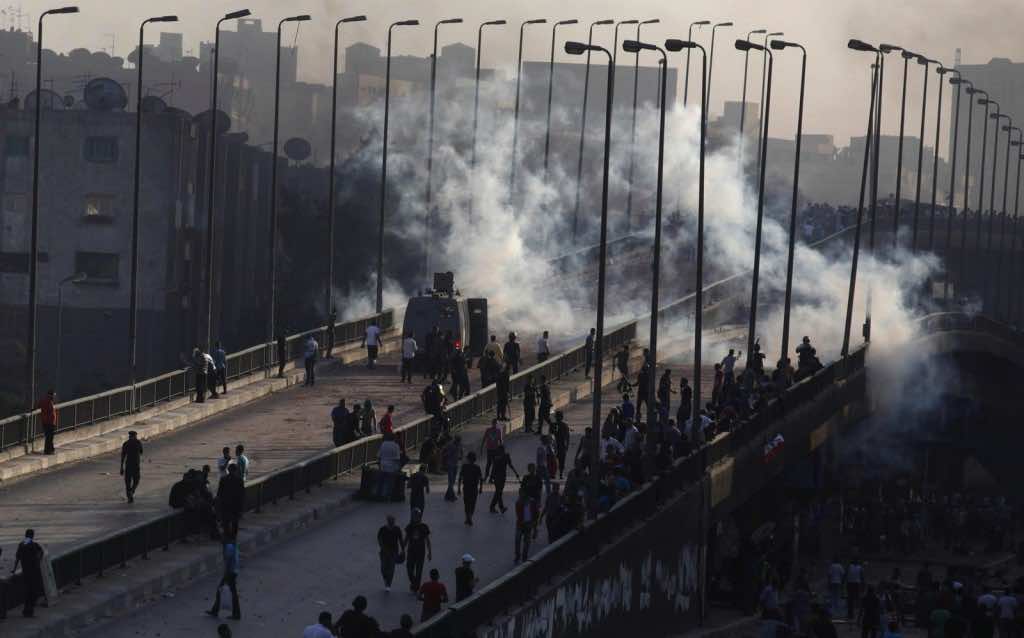 At sundown in Cairo, a dusk-to-dawn curfew begins, and an eerie silence replaces the usual cacophony of car horns and music blaring from sidewalk cafes and Nile party boats.

A blanket of quiet descends, silencing a city that never sleeps, with residents forced to stay at home.

The curfew was declared on Wednesday, as hundreds were killed after police moved to clear two protest camps set up by loyalists of ousted Islamist president Mohamed Morsi.

It applies to 14 of Egypt’s provinces, but perhaps nowhere are the effects as pronounced as in Cairo.

Main roads usually choked with rows of cars that far outnumber the lanes allotted to them stand empty after the curfew starts at 7:00pm.

In places, security forces or groups of residents man checkpoints, enforcing the curfew.

But in most streets, the pools of light from street lamps are all that remains, occasionally illuminating a passing cat.

The curfew has forced the city’s residents to change their schedules, requiring them to do their shopping, eating and even partying during the daylight.

Two Egyptian women laughed at themselves as they entered a Cairo hotel shortly after midday, dressed in extravagant evening gowns for a wedding party.

“We look ridiculous!” one of them exclaimed, sweeping the chiffon of her red dress out from around her ankles as she picked her way up the stairs in high heels.

“Who wears a dress like this in the afternoon?”

The bride and groom were one of two couples on Saturday getting married at the upscale hotel in the middle of the day — an unusual turn of events in Egypt, where wedding parties are mostly night-time affairs.

“Weddings here usually start at 8:00 pm and finish at midnight or even later,” said Mohamed Nasr, a manager at the Safir Hotel.

“But because of the curfew, now they are starting around noon and finishing at 4:00 pm so people can get home in time.”

In a city where life is lived just as fully at night as during the day, shopkeepers and taxi drivers are struggling to deal with the curfew.

Ahmed Salama runs a 24-hour pharmacy, which now closes for 11 hours a day.

“If I lived in the area, I could stay open, inside each neighbourhood it’s okay to move around,” he said.

“But I don’t live nearby, so I have to close in time to get home.”

He said customers were coming during the day instead, scheduling their shopping around the new restrictions, which prevent movement until 6:00 am.

A group of taxi drivers scouting for passengers said they were having trouble making ends meet with so few working hours.

“There are some people who are working a little bit after the curfew, but just going short distances,” said Amr, 43.

“But it’s not enough to cover the cost of petrol or even a loaf of bread.”

Despite the hardships, he insisted the curfew was necessary, and had his full support.

“Of course we’re losing money every day, but I don’t care because we need this curfew,” he said, to the nods of two other drivers, who described Morsi loyalists as “terrorists”.

The sentiment was a popular one, with Salama also saying he was happy to shut up shop early.

“Even if it’s difficult for me, I approve of the curfew. We need it to keep the country safe and to calm the situation down.”

But others have decided to break the curfew, citing a desire to maintain something approaching normality in turbulent times.

In Cairo’s Maadi district, the owners of the Mizan cafe are keeping their doors open.

“People are bored and we don’t want to turn them away if they feel safe enough to come, especially our regulars,” co-owner Amira Salah-Ahmed told AFP.

“If they can find some comfort, ease at Mizan, we want to be there for them.”

She said local security forces had confirmed informally that the curfew applied more to main thoroughfares, and that neighbourhood life could continue, albeit quietly.

Despite the frustrations of the curfew, some say they would be happy to see the restrictions extended even further.

“Frankly, I think the curfew should start even earlier, at 5:00 pm, and on Fridays it should start right after the prayers so people can’t go out and protest,” said Amr, the taxi driver.

“I care about the stability of the country more than about my job, or my salary.”