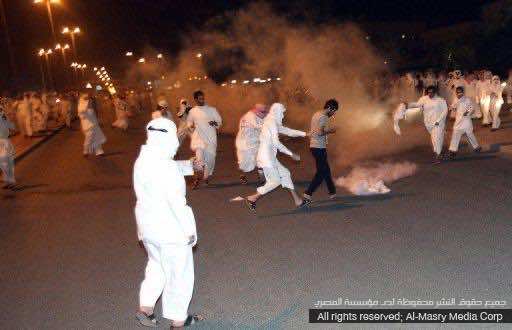 Kuwait is to deport nine Egyptian Islamists for participating in protests outside their embassy in the Gulf emirate which bans foreigners from demonstrating, a newspaper said on Monday.

The men were among a group of some 70 protesters who staged two demonstrations outside the Egyptian embassy and consulate last week, to protest a deadly crackdown in Cairo of supporters of Egypt’s deposed Islamist president Mohamed Morsi, Al-Rai newspaper reported.

The daily said that police were still working on identifying other protesters, who could also face deportation, pointing out that the law in Kuwait bans foreigners from staging protests.

Kuwait has been vocal in backing Egypt’s military ouster of the Muslim Brotherhood’s Morsi on July 3, following large nationwide protests.

It pledged an urgent aid package of $4 billion to Egypt, as neighbouring Saudi Arabia and the United Arab Emirates pledged $5 billion and $3 billion respectively.