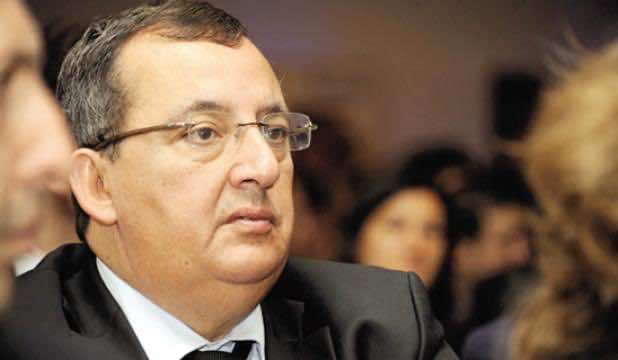 The Moroccan Royal Football Federation is expected to finally hold its general assembly at the end of the month. It is more likely that a new president will emerge to substitute Ali Fassi Fehri, who has declared on several occasions that he has no intention for running for another new term, according to Moroccan press.

Since national football is a matter of paramount importance for Moroccan public, a lot of people will breathe a sigh of relief when they see that the man who contributed to leading Moroccan football to more failure than good is no longer in charge. Some will expect a positive change, since Mr. Fassi Fehri surely wasn’t a man fit for the job. Every move to fix the country’s most popular game  was to make sure Fehri was not in office.

However, “getting rid of” Fassi Fehri will have little or no impact at all on the situation of Moroccan football, as long as the factors that led the game to such a disastrous state are still prevailing. Fassi Fehri’s four flop years as a president of Morocco’s football federation are only one aspect among many of why the federation is suffering. There are  more complicated issues that go way back in history and cannot be blamed on one man.

In fact, I believe he bears very little responsibility in comparison to the one who put him in that office.

He came to the presidency of the Football Federation in 2009, as “Morachah Sidna” (his majesty’s candidate”) though, legally speaking, he had no right to because he was not a Federation member. The Royal Palace, who has the final of who to appoint as a president of the Federation or coach of the national team, broke the law to put a person in charge of “running a business” he apparently knew nothing about.

Mr. Fassi Fehri, who is also a general director of Morocco’s National Office of Water and Electricity, is one of some technocrats who we entrusted with managing sports Federations, though they had no connection at all with sports business. The list also includes Abdesalam Ahizoune, CEO of Maroc Telecom, who has been president of the Atheletics Fedearation for years now.

The two were successful at the jobs they held before they became presidents of a sports federation. But,that they were a bad choice for the sports federation from the start because they simply had no clue about managing their respective sports sectors.

Athletics was a sport brought to Morocco as an international stature, thanks to athletes such as Said Aouita, Naoual El Moutawakel, Khalid Skah and especially Hichem El Guerrouj. Recently, we have not produced athletes of such a high caliber, but also, our country’s name dragged into the mud because of several cases of doping in which our athletes were involved.

In football things are not better. During Fassi Fehri’s four years, our national team failed twice to qualify for the world cup, failed twice to reach African Cup of Nation’s quarter finals and were not even among the 16 finalists in 2010.

Mr. Fassi Fehri’s term in office was also characterized by some of the world’s eccentricities in football history as appointing four coaches at once at the top of the national team, and concluding a contract with Eric Gerets with a clause that states his salary should remain “top secret”, leaving Moroccans speculating exactly how much the Belgian manager was costing us?

No matter how much Gerets was paid, it was evident that it was the highest amount of money a coach ever received in Africa. Despite all that,  Mr. Gerets could only lead the national team to a qualification to the African Cup in a 4-0 win over Algeria. A win that was deceiving because we mistakenly thought were the best in Africa.

Unfortunately, we woke up from that illusion in the games, both friendly and officially, that we could have easily beat in recent years.

Now, Morocco’s national football team is among the weakest in Africa. Our local teams are not doing better in African Championship or the Federation Cup. Those of Egypt and Tunisia have done better despite the turmoil these two countries are undergoing. A turmoil we have been spared so far.

Now that the Football Federation is on the brink of another change, the question remains whether those who really decide who goes and who stays are aware that the way they have been handling Moroccan Football has led to its complete failure.

When Fassi Fehri became president, he substituted Genereal Hosni Benslimane. At that time, football was between the hands of one the institutions of “Makhzen”, which is the army. The Athletics Federation, whose president was king Hassan II’s personal bodyguard, Haj Mohamed Mediouri, another figure of the “Makhzen”, saw the same fate.

Another technocrat, Abdesalam Ahizoune, was put in charge. Appointing the two men marked one of the aspects of “Al Aahd Al Jadid” (the new era) since King Mohamed VI came to power, where technocrats played a major role.

The formula proved to be completely wrong. Moroccan football, as well as athletics, is suffering so many ills. The remedy is that people who know how to run a sports sector have to be the ones in charge. But first and foremost, the Royal Palace needs to stop interfering.