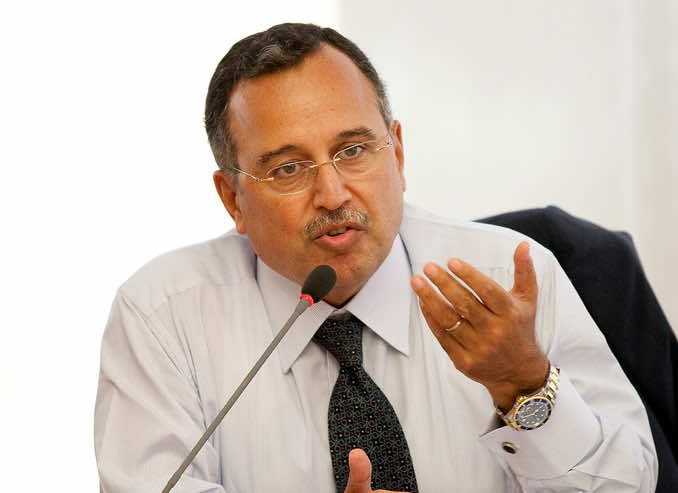 Egyptian foreign minister Nabil Fahmy was in Khartoum on Monday for talks with Sudan’s Islamist officials after clashes in Egypt between Islamists and security forces that have cost hundreds of lives.

An AFP reporter said Fahmy flew in and was to hold talks with his Sudanese counterpart Ali Karti, while the official SUNA news agency said it would be a “short visit”.

A former ambassador to Washington, Fahmy was sworn in as part of an interim government after the Egyptian military toppled the country’s Islamist president Mohamed Morsi on July 3.

But hundreds of people have died in Egypt since last Wednesday when security forces moved to disperse two Cairo protest camps of Morsi’s supporters, drawing global condemnation including from Sudan.

Khalid Tijani, a Sudanese analyst, said Fahmy’s visit had apparently been planned ahead of the crackdown, as part of efforts to reassure Sudan’s neighbours after the change of regime.

“Unfortunately now, the scene is different” because of the violence, said Tijani, chief editor of the weekly economic newspaper Elaff.

But he believed the two countries wanted to maintain good relations because of their extensive economic ties and joint dependence on the waters of the Nile.